The inertia of Indian states

The past few years have seen increasing competition among Indian states, and an intense battle among state leaders who have sought to capture the public imagination with their respective governance models. Every year brings a new growth story: if in one year it is Bihar, in another it is Madhya Pradesh. But a look at the rankings of states over the past three decades indicates stasis more than progress, as the accompanying charts show. The relative share of each state in the national income pie remains nearly the same today as it was three decades ago, and the divide between richer and poorer states nearly as wide as it was then. 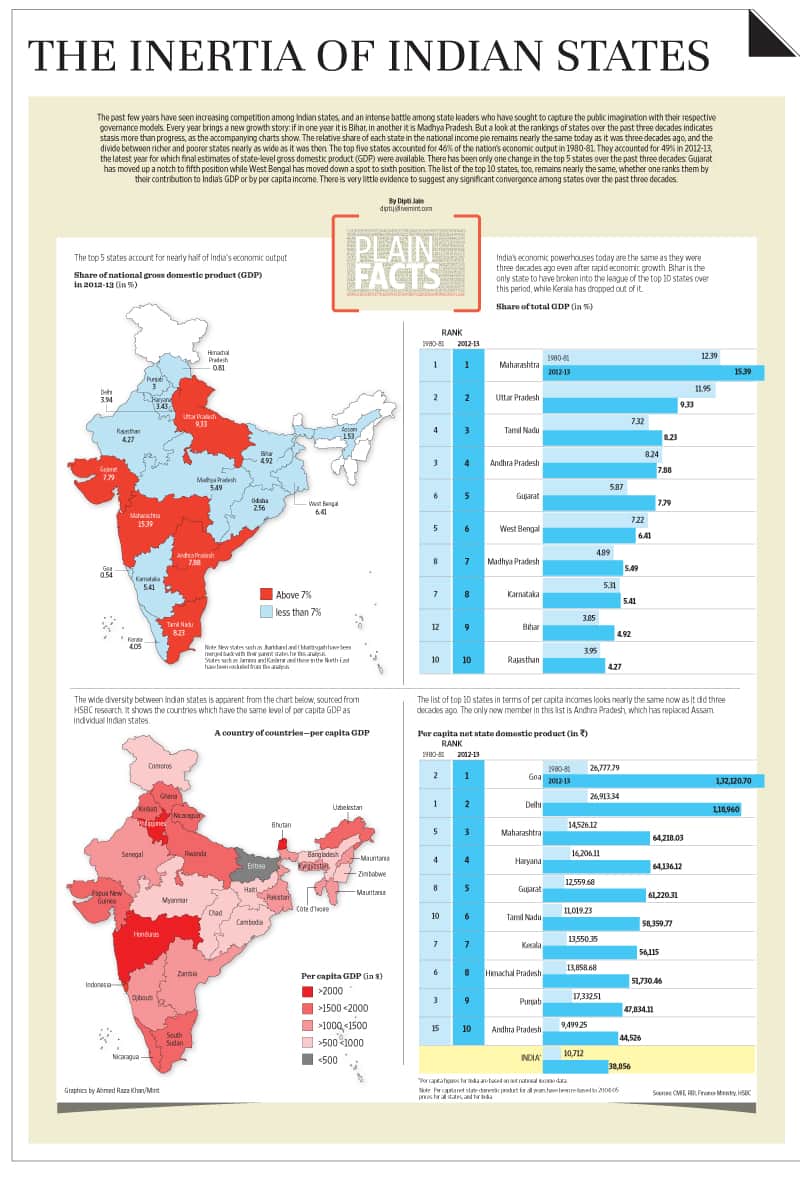