Budget 2018: The story of the Indian economy in 10 charts

The budget will be presented at a time when the economy is facing the worst slowdown in at least half a decade, according to estimates from the Central Statistics Office

The Union Budget 2018 will be presented at a time when the Indian economy is facing the worst slowdown in at least half a decade, according to estimates from the Central Statistics Office (CSO).

While macroeconomic shocks such as demonetisation and the implementation of the goods and services tax (GST) are likely to have contributed to the slowdown, the root of the slowdown lies in the decline of investments in the country.

While there could be a cyclical recovery in investments and growth over the next few months, the jury is still out on whether India will be able to stage a sustained recovery. Data on capex announcements from the Centre for Monitoring Indian Economy (CMIE) do not offer much hope. They show that in the just-ended December quarter, fresh announcements have dipped to a 13-year low. The latest Economic Survey too does not sound too optimistic about a sustained investment revival. It points out that India’s investment slowdown has lasted unusually long and predicts that it may not be over yet.

The slowdown in investments has meant that the outlook on jobs continues to remain bleak, data from the industrial outlook surveys published by the Reserve Bank of India show. Ahead of the 2019 Lok Sabha elections, this may be the biggest headache for a government which rode to power in the 2014 elections promising more jobs.

The government also faces two other headaches: the anaemic pace of credit growth and the slowdown in the rural economy. A pickup in credit growth is vital for small and medium sized firms, which are more dependent on banks for their growth than large firms. While the bank recapitalisation plan is expected to alleviate the credit growth issue, there does not seem to be any coherent plan yet to fix the rural crisis. Given the structural roots of the crisis, fixing it will require more than budgetary outlays. 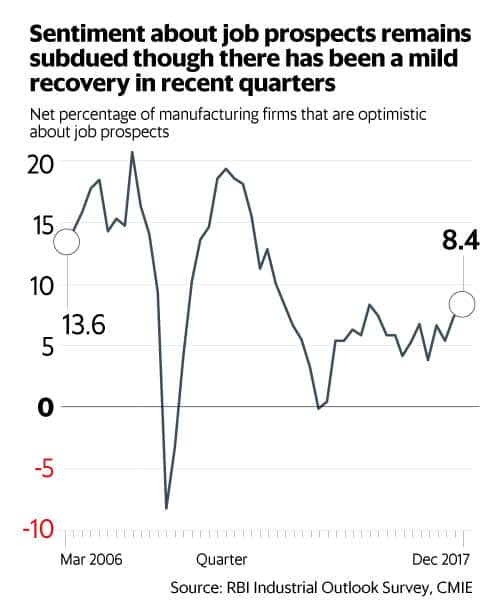 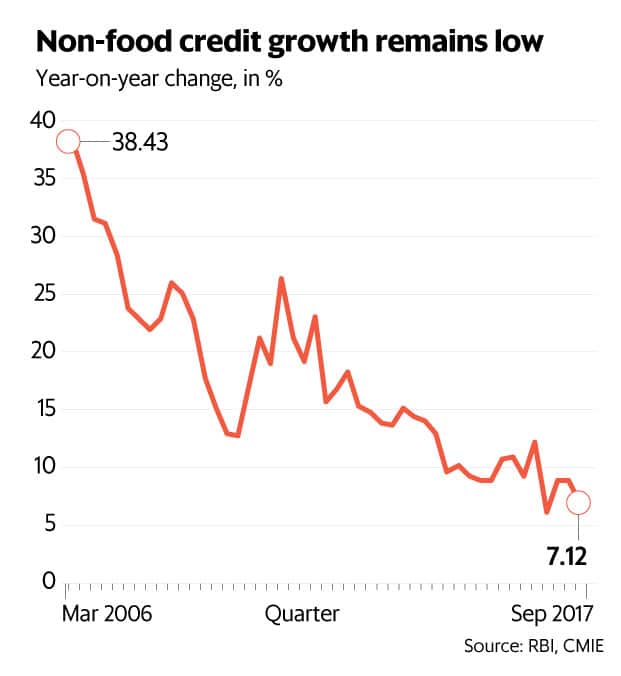 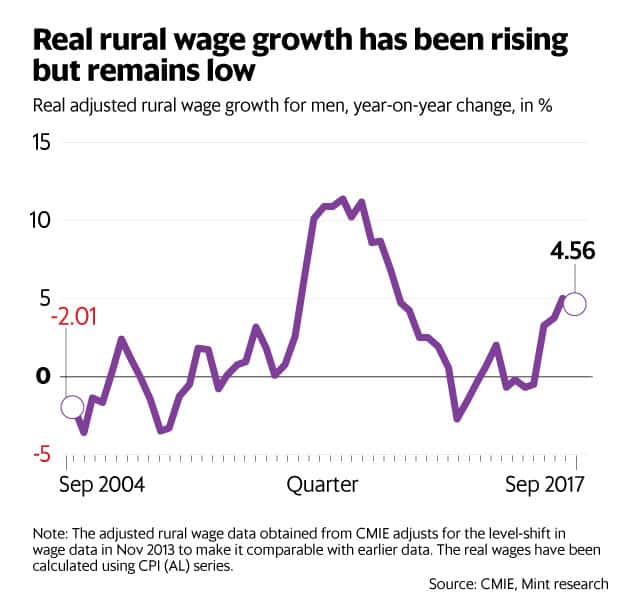 Given the slowdown in investments and credit growth, the government may have some justification in trying to step up public spending to drive up growth. But at a time when risks to the macroeconomy are rising, any kind of fiscal adventurism can cost the economy and the country dearly. The key risk factor is the rise in global crude oil prices, which are expected to go up further in the coming months. The entire fiscal consolidation of the past few years can be attributed to low oil prices and the reversal in oil markets could threaten such gains. The rise in oil prices will also add to inflation, which has been rearing its head once again in recent months. There are some silver linings among the gathering clouds. The attempts at fiscal consolidation over the past few years prompted ratings agency Moody’s Investors Service to upgrade India’s local and foreign currency issuer ratings last year after a gap of 13 years. 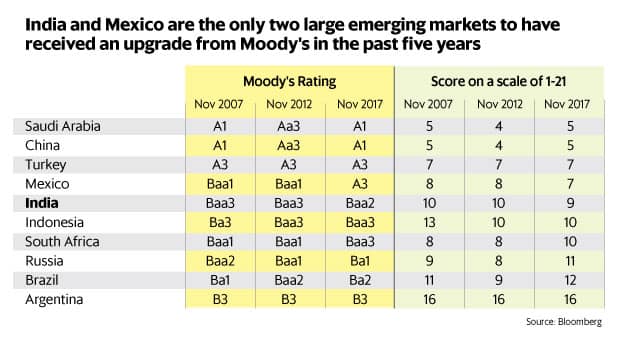 Taking note of some of the deregulation initiatives of the government, the World Bank commended India for being among the top 10 economies that showed the greatest improvements in the ease of doing business rankings last year. And while bond markets continue to fret over the rising risks to the economy, stock markets have been extraordinarily buoyant, partly because of rising participation of domestic investors. While all of these factors might make one hopeful about India’s economic prospects, there are good reasons to be cautious about each of them. Ratings agencies are known to be behind the curve, and hence their decisions often reflect past trends rather than future outlook. The ease of doing business rankings have a very weak link with economic performance and change in rankings do not always reflect in fresh investments or growth. The World Bank’s methodology has come under fire over the past few weeks, and according to research by two scholars at CGDev, India’s ranking could be far lower under an alternative methodology which is consistent across years. And while stock markets may have been buoyant so far, that could change very quickly if risks to macroeconomic stability go up sharply. Arun Jaitley’s challenge is to present a budget that acknowledges these realities.

Tadit Kundu contributed to the story.