There are jobs for the taking in the right sectors, say experts

There are jobs for the taking in the right sectors, say experts

New Delhi: For those looking for jobs—at a time when recruitment has slowed and firms are letting go of people—it’s time to think creatively, say recruiters and hiring consultants. Then there are the perennial, recession-proof industries, such as infrastructure that executes projects over years, and insurance, which has ramped up operations for the income-tax season and is pushing harder in rural markets.

The downturn can also provide a chance to try something new. “Though opportunities are bleak and lean at this point in time, it’s a good time to switch industries," says TeamLease’s Shetty.

“One fixation in (the) past was that guys working here will have to be language specific, but not anymore," says Ramanuja, referring to a dozen new Kannada and Telugu language channels which are recruiting from outside their home states.

Here are some other sectors which could see a spurt in hiring in 2009, albeit with new job profiles:

“As more and more Indians who stayed abroad are returning to India, there is space created for developing schools similar to what they experienced," says Ramaswamy.

“We say we are taking care of the children or facilitating them," says Rashmi Virendra, 33, who teaches Class I at Indus World School in Indore. Her experience as a teacher didn’t prepare her for this type of school, she says. India’s market for renewable energy—solar, wind, hydropower and biofuels—is at $500 million (Rs2,450 crore) and growing by 25% a year. But without any existing talent pool, companies are recruiting from sectors such as consumer goods and finance.

Amit Kumar, director of renewable energy technologies at The Energy and Resources Institute, or Teri, identifies a talent gap in research (companies need physicists and engineers to develop new products), consulting (to advise state power authorities and ministries), manufacturing (engineers need to design plants) and operations (for technicians to maintain the plants). Even traditional roles are being revamped to fit the needs of the renewable energy industry. Rajendra Gupta launched products for telecom services provider Bharti Airtel Ltd and consumer goods maker Procter and Gamble Co. before moving six months ago to head the sales team at D.light Energy Pvt. Ltd, a solar energy start-up that sells lamps in rural areas.

“I was not aware that light is such a serious problem, the health hazards of kerosene, it gets on fire, and all sort of problems," Gupta says, “but we came to know when we went to the rural market."

D.light chief executive Sam Goldman says he plans to triple the company’s 20-person headcount in the next year. One position he is struggling to fill because it has little precedent in the Indian workforce; someone who can market renewable energy to consumers in rural areas. 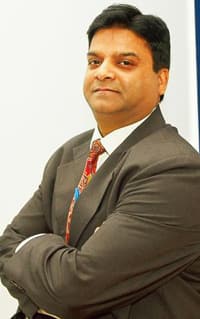 Ramaswamy says she is working with hospitals—particularly in smaller cities—to define what is known as care management roles. They are positions that cover everything from what happens to patients when they walk into a hospital to counselling a patient’s family members after an operation.

Biomedical engineers such as Sarang Deshmukh, who works at Fortis Hospital in New Delhi, are also in big demand. These engineers deal with all the technical equipment that helps a modern hospital function, from operating magnetic resonance imaging, or MRI, machines to dealing with artificial hearts.

“Two, three years ago, no one wanted to go there," says Ramaswamy, referring to the related field of microelectronics, “but now reputed colleges will have them."

So, find out your calling and apply.