Dalits look upon English as the language of emancipation

Dalits look upon English as the language of emancipation

New Delhi: I dream of an English full of the words of my language.an English in small letters and English that shall tire a white man’s tongue an English where small children practice with smooth round pebbles in their mouth to spell the right zha.

When Meena Kandasamy wrote these lines, almost like a petition, pleading that her roots be allowed to flourish in English, she was just 18 and fresh from the unusual loss of her poetic name: Ilavenil. 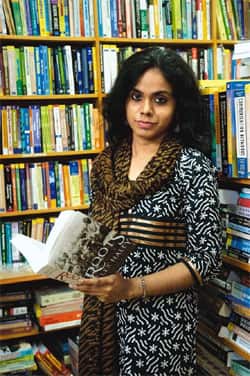 Aspiring for change: Tamil poet Meena Kandasamy is one of a growing band of Dalit intellectuals who look at English as a key to progress.

She later adopted her nickname Meena to escape the predicament, and in response to any question posed to her in Tamil, she spoke in English. “I want this new tongue to accept me. I expect it to appreciate my sensibilities, admire my culture and, above all, be accommodating," she says.

Kandasamy is one of a growing band of Dalit intellectuals who are rooting for English, arguing what was once a language of imperial power is now a language of emancipation.

Though a borrowed language, she says, English earned her recognition. Poems in Kandasamy’s first book Touch, written in English and published in 2006, have been translated into five languages. “It doesn’t operate with the Dalits alone. English takes your voice to a larger level and helps in your search for solidarity...(with) like-minded people, people who want change."

Kandasamy’s engagement is part of an emerging struggle in the journey of English in India: the Dalit aspiration for progress and a growing demand for schools teaching the language.

In Coimbatore, the second largest city in Tamil Nadu, a massive English training project is under way. A seven-month-old programme designed by the British Council under the Sarva Shiksha Abhiyan (SSA), a flagship programme to put every child in school, is training teachers in government-funded schools to teach communicative English better. The real beneficiaries, says Alison Barrett, head of the council’s Project English for State Partnerships, are children from marginalized sections who attend such schools.

“English is a way of accessing socio-economic advancement. English, in this country, means a language of power, and if you don’t give them English, they cannot access power structures and effect changes in socio-economic policies," says Barrett.

To listen linguist and author of ‘Indian English’, Pingali Sailaja, talk about Indian English, its characteristics and structure

In Tamil Nadu, where a strong Dravidian movement in the early decades of the 20th century thwarted the Union government’s plans to impose Hindi as the country’s official language, the English Project has brought within its fold 125,000 primary school teachers and five million children in a short span of seven months.

Thiru. S. Kannappan, SSA’s joint director in Tamil Nadu, who is involved in planning, implementation and monitoring, says the project came at just the right time, when learning levels in the language in state-run schools were ebbing—only around 22% children in the schools in Tamil Nadu can read easy sentences, a recent report by education activist group Pratham says.

Dalit activists argue that English not just opens up job opportunities, but also helps ease the caste and power constraints that come with speaking regional languages.

Far away from Tamil Nadu, in Uttar Pradesh, Dalit thinker and author Chandrabhan now calls for the worship of the English goddess—a symbol of Dalit emancipation.

“Not only is the English language spoken everywhere in the world, respected by the people of all the nations and easily learnt, but the people of the English nation are also impartial and unbiased—and to whichever nation they go, they do not indulge in the base acts of casteism or communalism," says Prasad, who declared 25 October as English Day in a ceremony in New Delhi last year, coinciding with the birthday of T.B. Macaulay, the British administrator who introduced English education in the country.

“English can fill the gap," says Alka Gupta, founder of the British Academy for English Language in New Delhi. “It is like Bisleri water—you may go for anything to eat but you do need water. Whatever be your personal qualification, you can’t go far without English."

This is the concluding part of the series