Thanks for Visiting Mint
You seem to have an Ad Blocker on. Please turn it off in order to continue, or whitelist Mint
HOW TO TURN OFF AD BLOCKER
OR
REFRESH IF YOU ALREADY TURNED OFF THE AD BLOCKER
Home >Politics >News >DGCA plans to spend ₹ 300 cr on automation 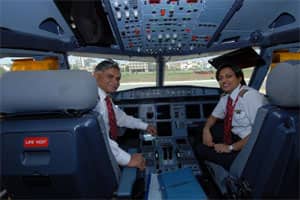 An RFP is an invitation to companies to submit initial bids for a specific project.

All data of the regulator, including those on pilots and aircraft, would be automated, NISG chief executive Sanjiv Mital said.

Sanat Kaul, a former joint secretary at the aviation ministry who represented India at the International Civil Aviation Organization, said technology can be used as a tool to prevent corruption.

“It worked well in the telecom industry. If it goes well, it should do good for DGCA as well," he said.

“The automation is expected to be completed in two years," Bhushan said. “All examinations, including commercial pilot licence and air transport pilot licences, would be online in three months."

Aspiring pilots in India will be able to take online tests starting November and tests will eventually be evaluated instantly, removing the possibility for officials to fudge answer sheets to favour a few, Mint reported on 17 November.

India has around 10,000 pilots, with at least half of them without a job. The test is the first step for someone aspiring to fly commercial aircraft, where initial salaries are as high as ₹ 1 lakh.

“The automations certainly work. It is extremely helpful for online examinations," said Kaul.

NISG’s Mital said his organization will conclude the detail project report in three months and float a tender to select vendors.

“This can be done in two to three months," Mital said. “Once the project is complete, DGCA can track any data in the system."