Thanks for Visiting Mint
You seem to have an Ad Blocker on. Please turn it off in order to continue, or whitelist Mint
HOW TO TURN OFF AD BLOCKER
OR
REFRESH IF YOU ALREADY TURNED OFF THE AD BLOCKER
Home >Politics >News >2G panel recommends reduced price

New Delhi: The government committee set up to decide the reserve price for the much-anticipated and perennially delayed auctions for spectrum for so-called 2G, or second-generation, telecom services has recommended a price that effectively works out to between ₹ 14,000 crore and ₹ 16,000 crore for 5 megahertz, only a little lower than the ₹ 18,000 crore suggested by the Telecom Regulatory Authority of India (Trai).

While that will not please telcos that reacted strongly to Trai’s recommendation, the fact that they can pay the money in instalments will. 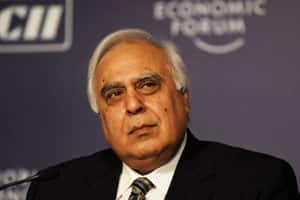 The recommendation that the price be set at between 55% and 65% of the net present value (NPV) of spectrum will come up before the cabinet next week. The committee, a so-called empowered group of ministers, had the power to take decisions that do not require the approval of the cabinet, but the government has decided to play it safe and the committee’s recommendation on pricing will be treated as just that.

“The department of telecommunications (DoT) has been asked to come out with a presentation on the NPV of the spectrum and then we will give the cabinet two options," said a senior government official present at the meeting, who did not want to be identified.

Telcos aren’t happy at the pricing.

“We still think it is too high. We believe the reserve price should be much, much lower," Rajan Mathews, director general of the Cellular Operators Association of India, said to The Financial Times in an article posted on the FT.com website. “What you are doing across the board is raising the cost for the whole industry. This will put upward pressure on tariffs, financing becomes a problem, the debt burden becomes a problem, rural penetration will take a hit."

The group, headed by home minister P. Chidambaram, decided to defer a decision on the one-time spectrum fee to be paid by telcos that already have more than their fair share of spectrum and charge between 3% and 6% of a telco’s adjusted gross revenue as a spectrum charge.

The panel will “make a specific recommendation on each of these issues to cabinet so that cabinet decides on it finally", communications minister Kapil Sibal said after the meeting.

“Tariffs are not only driven by price for spectrum, but also by the competition and elasticity of demand. The incumbents are likely to keep tariffs at current levels, but eventually there will be a need to increase them to maintain the financial viability of this sector," he added.

“Until there is any official announcement on the entire package of rules, we are unable to state any new position with regards to the auctions. For us, the package of issues remains a staggered payment mechanism, placing all available spectrum in the auctions, no new roll-out rules and a reasonable reserve price. In the interim, we do trust that the government remains committed to the 31 August deadline for auctions as ordered by the honorable Supreme Court," Uninor said in a statement.

The ministerial group has met three times in the last two weeks and taken key decisions, including the fees for the auctioneer and allowing mortgaging of spectrum.

Also Read | NCP refuses to back down