How many dams does India need?

India is on a dam-building spree, especially in the Himalayan states of Uttarakhand and Arunachal Pradesh, over the two largest river basins in the subcontinent—the Ganga and the Brahmaputra.

India has 5,202 large dams. According to the Central Water Commission (CWC), a large dam is one with height of at least 15m from its deepest foundation to the crest. This is not an exhaustive list as there are a number of small dams and barrages.

Since 2005, the Arunachal Pradesh government has signed at least 150 memoranda of understanding on large hydropower projects. One has been commissioned and four are under construction.

In Uttarakhand, there are 98 existing hydro projects, 41 under construction and 197 proposed projects.

The state also has 47 mini- and micro-hydropower projects that are up and running. 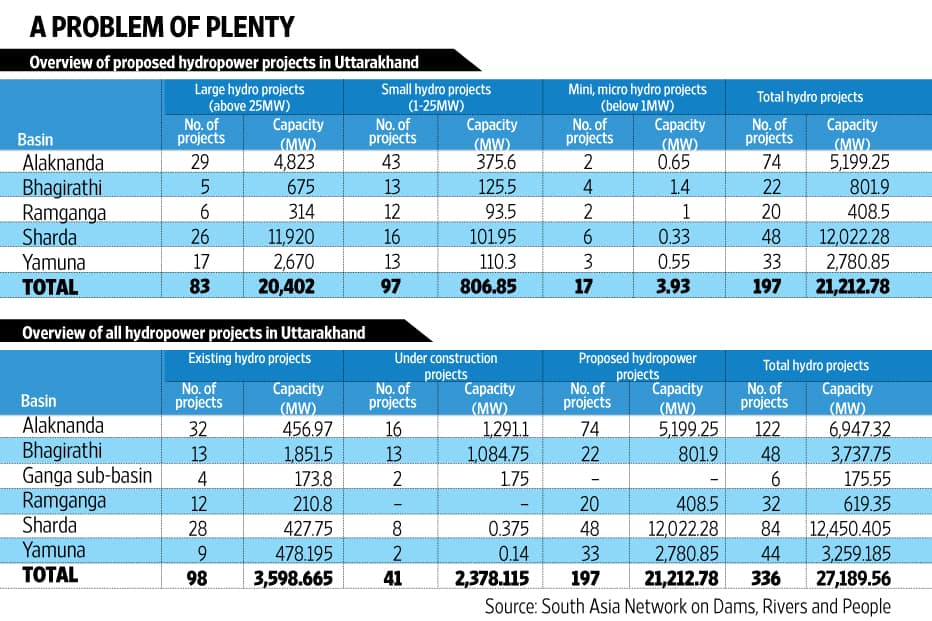 Hydropower projects remain the second largest contributor after thermal projects among all power sub-sectors such as thermal, nuclear and non-conventional sources.

As the summer temperature soars amid power outages, it is hard to believe that India actually has surplus power but no buyers, but in April, power minister Piyush Goyal informed Parliament that states are not buying power. At the same time, Prime Minister Narendra Modi has said in an interview that India will have a 24x7 power supply in the next five years.

So exactly how many dams does India actually need? There is no talk of that or even a study on it.