Bangalore/New Delhi: The government may change the way it awards road projects that it finances itself, in an attempt to make the bidding process more transparent. 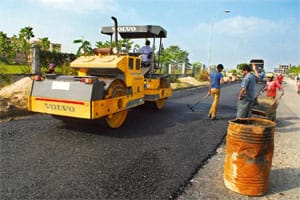 Contractors typically execute only procurement and construction under EPC contracts, while engineering and design are done by government-contracted consultancies.

The government’s preferred method of awarding road contracts is the build, operate and transfer (BOT) mode, under which the bid winner finances, constructs and maintains a road for a specified “concession period". The developer collects tolls or is paid an annuity by the government for the concession period.

Projects bid out as EPC contracts are typically those deemed unattractive for the private sector because they lie in areas that are either insurgency-hit or low in traffic.

The 12th Five-Year Plan, which gets underway in 2012, allocates more than 20,000km of highways to be bid out as EPC projects.

Contractors currently make their bids on the basis of costs incurred for every material that goes into road construction. Officials said this makes it easy for them to overcharge the government.

The Planning Commission now wants to award such contracts on a turnkey basis, under which the lowest bidder will be awarded the contract and will be responsible for building the road and maintaining it for a specified period, said the NHAI official mentioned above.

Analysts said handing over engineering work to private contractors may lead to fresh problems for the government.

As all roads constructed as EPC projects are handed over to the government a few years after construction, contractors could cut corners on engineering work, said Parvesh Minocha, managing director of Feedback Infrastructure Services, an infrastructure services company.

Minocha said that as concession tenures for BOT contracts are much longer, contractors deliver high-quality engineering and design works on such contracts.

To make EPC projects more attractive for contractors, the government should package smaller and less-profitable stretches of two-laned roads or service roads to be given on EPC contracts with lucrative expressways or highways to be given on BOT contracts, Minocha said.