Hyderabad: With two back-to-back securitization deals and a third to follow, India’s only listed microlender SKS Microfinance Ltd said the worst is behind it. 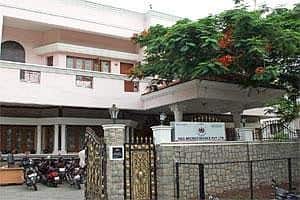 A file photo of SKS Microfinance’s head office in Hyderabad

The deal is rated A1+(SO) by credit rating agency CARE Ratings. “Instruments with a CARE A1+ (SO) rating are considered to have a strong capacity for timely payment of short-term debt obligations and carry the lowest credit risk," SKS said in a statement.

The company raised ₹ 243 crore in a similar securitization transaction three weeks ago. Securitization is the process of pooling loans and turning them into marketable securities that can be sold to investors.

“The ₹ 354 crore transaction demonstrates that funding concerns raised after the Andhra Pradesh MFI Act are behind the company," S. Dilli Raj, chief financial officer of SKS Microfinance, said in a phone interview, referring to the stringent 2010 law that led to a crisis in the industry. “All that money will be used to grow assets in" areas outside Andhra Pradesh.

The company is in the process of closing yet another securitization transaction deal of around ₹ 250 crore before 31 March, Dilli Raj said.

“Banks are on a lookout for big-ticket, well-diversified, rated pool assignments like the one we have seen with SKS, to meet their priority sector lending targets," said Shadab Rizvi, an analyst tracking microfinance at the investment banking division of Mumbai-based securities house Darashaw and Co. Pvt. Ltd.

Under current norms, banks are required to lend 40% of their loans to agriculture, exports and other weak sections. Typically, banks rush to close such transactions towards the end of a fiscal year.

SKS expects to raise another ₹ 500 crore through a qualified institutional placement of shares, according to the CFO. The top management is busy on road shows trying to woo investors. “We will get that done by the end of this fiscal year," Dilli Raj said.

“If you look at non-AP states, the demand is still there and, in fact, the demand-supply gap has widened. The whole book outstanding for the sector reduced by $2 billion," Dilli Raj said.

In the last one month, SKS has secured term loans of ₹ 240 crore from three banks: ₹ 100 crore each from the Small Industries Development Bank of India and Dena Bank and ₹ 40 crore from Syndicate Bank.

“The disbursements from banks are in full swing now. We have drawn down ₹ 480 crore in the last two months, that is more than what we have drawn in six months," Dilli Raj said.

The company, which reported its worst results ever in the third quarter ended 31 December (a loss of ₹ 428 crore), expects to make a loss this quarter before it returns to profitability. “Our idea is to clean up the balance sheet. That will happen in Q4," Dilli Raj said.

“The turnaround of SKS will depend on how the company optimizes its operational cost and contains the extent of bad assets in its non-AP portfolio," said Anurag Agrawal, vice-president, investment banking, at social sector advisory firm Intellecap.

SKS’ portfolio outstanding was ₹ 4,321 crore prior to the enactment of the law by Andhra Pradesh that restricted micro lenders from doing business at customers’ doorsteps, required them to take government approval for granting a second loan to the same borrower, and barred weekly collections.

The law was passed after complaints that microlenders were adopting coercive loan recovery practices and charging exorbitant interest rates. The regulations hit the operations of MFIs in the southern state, which accounts for more than 25% of the national total, pushing their collection rates to 5-10%.