New Delhi: The country’s annual economic growth slumped in January-March to a nine-year low of 5.3% as the manufacturing sector contracted and a fall in the rupee to a record trough suggests the economy remains under pressure in the current quarter. 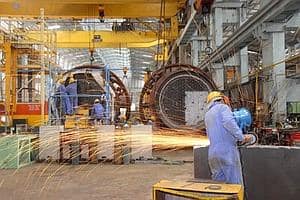 “This is definitely a very important signal for the government - this is a make or break situation for India and the government has to step on the panic button. What we need now is a clear reforms agenda like the one adopted in 1991 with a clear focus. If the government doesn’t step in now, the country’s sovereign ratings may be jeopardized."

“The government has to address on a priority basis the subsidies, fiscal consolidation, the kind of delays that have slowed down the industrial investments, liberalization on FDI, etc. The RBI is unlikely to cut rates as inflation is still high. We are having a kind of stagflationary situation so RBI’s rate cuts will not help as it will only spur consumption further by individuals with high disposable income, but do little to address the supply-side pressures that are fuelling inflation."

“Disappointing number though not entirely surprising in light of the persistently under weather manufacturing sector, weak investment sentiments and sluggish external sector. The authorities meanwhile will be in a bind in the face of mounting growth risks, while there is no leeway for fiscal accommodation at this juncture."

“Stagflationary concerns could also return to fore as the recent rupee depreciation adds to inflation worries, even as the negative output gap tempers demand conditions. Faced by the twin challenges, RBI treads a fine balance yet again - we see room for 50 bps more cuts in the year, though a possible firm May inflation number could prod the central hold steady in mid-June after the recent aggressive cut in April."

“Incrementally, the growth slowdown will probably take up more space in policy making and we expect RBI to continue with modest easing. I think after this data, market may come to a view of closer to 50-75 basis point rate cut in rest of the fiscal year, which is also our view, from 25 basis points factored in now."

“This number may be another data to fuel a bit more negativity on India in terms of the rupee movement, but we are not extremely bearish on India and still expect 7% growth in 2012-13."

“Clearly a huge negative surprise. Lowest recorded print in the new series. Concerns build up as services have slipped to close to 8%. Negative manufacturing was anticipated. This number points to a worrisome trajectory going forward as it is yet to take on board the impact of weaker rupee especially from Q1 FY13. It may be difficult for RBI to ignore this number."

“The data highlight the unusual degree of weakening of the country’s economy, likely driven by poor investment and widening trade gap."

“The data also poses a dilemma for policy makers, as they have no fiscal room to stimulate growth, while monetary easing scope is very narrow, at least for now, due to rebounding and high inflation."

“Further weakening of the rupee could help a bit, but the key problem is lack of investment, caused by sub-optimal macroeconomic policy making and discouraging policies towards foreign investment."

“We expect the rupee to fall further, to fresh record lows, on the data. We also expect a decline in rupee OIS, because decelerating growth will, at some point, help curb inflation, enabling some more monetary easing."

“Shocking numbers as Q4 FY12 GDP growth was even lower than lows witnessed during the financial crisis. A rate cut is a given now. We expect a 25 bps reduction in repo rate on 18 June."

“The Q4 data was quite disappointing and reiterates a reflection of sluggish manufacturing data. However, the service output is showing resilience denying a further head down in the economy. Though the weak data and consistent global worries would keep the sentiment negative in the near term, we expect the 18 June (RBI) policy would primarily be a non-event in terms of rate cut."

“Our sense is that growth will be subdued in the first half of the current fiscal year. However, if the government takes some positive steps immediately, we still think growth in 2012-13 will be better than 2011-12."

“The Reserve Bank of India has already adopted pro-growth policy. But inflation is not softening, so it cannot do a significant rate cut. We think they will focus more on making liquidity surplus."

Federal 10-year bond yields fell 10 basis points to 8.42% on the day, with bond prices having gained ahead of the data on expectations for a weak number.

• India’s economy, Asia’s third-largest, is largely driven by domestic demand. The government has forecast economic growth at around 6.9% in the current fiscal year that started on 1 April.

• The weak rupee - which has shed nearly 12% from its 2012 high - adds to policymakers’ headaches by elevating import costs, most notably for crude oil that India buys for 80% of its consumption.

• The Reserve Bank of India last month delivered a larger-than-expected 50 basis point cut in benchmark rates but warned that it sees limited scope for more reductions.

• Factory growth picked up in April, helped by bulging order books, the HSBC-Markit purchasing managers’ index shows, but the sector is not out of the woods yet.