Mumbai: The Union government has decided to discontinue the country’s most reliable and widely tracked health survey, the National Family Health Survey (NFHS), the fourth round of which was to be conducted in 2012-13, in a move that has been criticized by development experts. 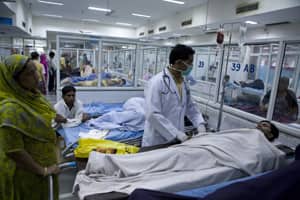 “We are interested in getting data at the district level, so that action can be taken accordingly," said a senior health ministry official directly involved in the matter who declined to be identified.

The ministry also wants to integrate all the existing surveys into one, he added.

NFHS, carried out on a representative sample of families all over India, gave data on health indicators at the state and the national level.

The move was confirmed by Faujdar Ram, director at the Mumbai-based International Institute for Population Sciences, the nodal agency for conducting both DLHS and NFHS surveys.

While NFHS was largely funded by external agencies such as United States Agency for International Development and agencies of the United Nations, the proposed NHS will be funded fully by the health ministry, although it has not been decided yet which agency is going to conduct it.

NHS will generate both district and state-level data, and the health ministry says that the data will be comparable to NFHS.

“All stakeholders will be consulted before the guidelines are finalized," said the ministry official cited above.

The decision has dismayed experts who questioned the wisdom of discontinuing NFHS—which provides a wealth of information on nutrition and health—till a credible alternative is put in place. The government’s move is “mind-boggling", said Jean Drèze, development economist and former member of the National Advisory Council led by Congress president Sonia Gandhi.

“India has the highest rates of child undernutrition in the world, based on standard weight-for-height (wasting) data, and reliable and regular information on child nutrition is extremely important for effective action in this field," said Drèze. “Instead, the available sources of information are being dismantled without any guarantee of their being replaced in good time with other credible sources."

It is the three successive rounds of NFHS that established that child malnutrition rates in India are among the highest in the world and nearly double that of poorer countries in sub-Saharan Africa.

NFHS being largely externally designed and funded was also seen as a more credible source of information compared with data from government sources such as those provided by the Integrated Child Development Services (ICDS) that publishes block-level data on malnutrition.

The health ministry is currently conducting the fourth round of DLHS in all states barring the nine AHS states and data from both surveys will be available in 2013. However, AHS doesn’t provide data on child malnutrition.

“What worries me is the politics behind these moves," said Veena Shatrughna, former head of the clinical division at the National Institute of Nutrition and adviser on nutrition to the Supreme Court commissioners in the Right to Food case.

“NFHS was intended largely to collect data on fertility and family planning but it is the data on nutrition that attracted the most attention and proved to be a source of embarrassment for the government," said Shatrughna. “I fear that these are part of attempts to camouflage the extent of the nutritional crisis in the country." Nearly every second child in India is undernourished.

While DLHS will publish data on nutrition outcomes for all states, barring the nine AHS states in 2013, its reliability is lower compared with NFHS, academics and officials said. NFHS data was largely in line with data from the National Nutrition Monitoring Bureau, unlike DLHS-2 data published in 2004.

Child malnutrition indicators were later dropped in the third round of DLHS conducted in 2007-08 but have been reintroduced for the fourth round.

A 2011 large-scale survey by civil society organizations across 100 districts found underweight rates among children to be 42%, similar to what NFHS had recorded and rates of stunting to be 59%, 11 percentage points higher compared with NFHS.

The decision to discontinue NFHS till NHS is in place, is surprising because the survey costs are minuscule compared with the sums being spent on child nutrition programmes such as ICDS, said Drèze. “If the government wanted to know as little as possible about child nutrition, it could hardly do better."

The moment an internal agency of the health ministry takes up the task, there will be a conflict of interest since planning and implementation, and evaluation will be done by same agency, said V. Ramani, former head of the Rajmata Jijau Mother-Child Health and Nutrition Mission, Maharashtra’s nodal agency in charge of its anti-malnutrition drive. “NFHS is an internationally comparable, open-source database used by different multi-lateral agencies and I doubt if the government will devote enough resources to develop an equally credible database."