Bangalore: India on Monday launched its first third-party liability cover for ships, designed for vessels carrying Iranian crude oil, after the product was approved by the insurance regulator, but local tanker owners say the cover amount is too low.

“The key question is the quantum of cover," said an executive with a Mumbai-based tanker operating company that has been involved in shipping crude for refiners. “That’s a very big question. It’s a big commercial call to take," he said on condition of anonymity. 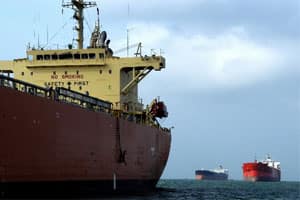 Accepting a $50 million cover would leave Indian shipowners exposed to claims above this limit in the event of a mishap.

“If I have an option, why would I take such a big chance? Tomorrow, if something happens, $50 million is nothing," said the official cited earlier.

In shipping, third-party liabilities arising from operating ships, such as oil pollution, wreck removal and damage to port property are commonly referred to as protection and indemnity (P&I).

Globally, third-party risks from operating ships are insured with IG Clubs, a 13-member group. Clubs within IG insure around 95% of the world’s tankers, placing a $1 billion limit on any individual claim that involves pollution damage and wreck removal.

These clubs are associations owned and controlled by the insured shipowners. They operate on a non-profit, mutual basis—members pool resources to meet losses suffered by any member.

As per European Union (EU) sanctions against Iran that took effect from 1 July, IG Clubs has stopped providing this cover to ships that haul Iranian crude oil.

State-run Shipping Corp. of India Ltd said it was not “comfortable" with the new limited third-party liability cover.

“If something happens, we will be in (a) big soup. A $50 million cover is not sufficient at all. Since nothing else is available, we might accept it…but we will be taking a huge risk," an executive said, requesting anonymity.

Local fleet owners have asked state-run insurers for the full limit they were getting from the IG Clubs. But state-run reinsurer General Insurance Corp. of India, which was coordinating the issue with tanker owners and insurers said that $50 million was the maximum cover it could offer.

“The cover is limited to $50 million because we don’t have any reinsurance arrangements," said Asha Nair, a general manager looking after marine insurance at United India Insurance.

Reinsurance, which is typically available in the London market, is also subject to EU sanctions.

“If we get reinsurance protection from other markets, we could think of increasing the cover," Nair said in a phone interview from Chennai where United India Insurance is headquartered. Nair said United India was “foraying into uncharted waters" with the launch of the new product for shipowners. “This was done at the insistence of the government of India and shipowners. We want to support oil imports from Iran which is important for India," she said.