New Delhi: Differences within the Union cabinet have nixed the plans of the Congress-led United Progressive Alliance (UPA) to fast-track a new legislation for land acquisition and compensation, widely seen as a key measure to spur investment in the economy.

Consequently, the cabinet on Tuesday referred the controversial land acquisition Bill to a ministerial group (a so-called group of ministers, or GoM) to resolve the differences. 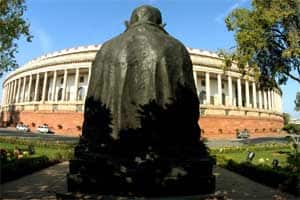 “A lot of ministries have given their suggestions. They were not adequately heard and hence the matter has been referred to GoM," said a cabinet minister, who did not want to be identified.

According to another top official, the ministerial group will be constituted immediately after Prime Minister Manmohan Singh returns from his four-day trip to Tehran, where he is attending a meeting of the Non-Aligned Movement. “The Bill is expected to be passed in the winter session," added this person, who also did not want to be identified.

In the Bill, renamed as the Right to Fair Compensation, Resettlement, Rehabilitation and Transparency in Land Acquisition Bill, 2011, the rural development ministry has rejected a parliamentary committee’s suggestion that the government should not acquire land for public-private-partnership projects, but had accepted that land procured for special economic zones (SEZs) and some defence projects cannot be exempted from the purview of a land acquisition law.

The official added that five ministers, mainly those holding portfolios dealing with infrastructure, had expressed their apprehensions that the legislation would lead to unreasonable delays in the process of acquisition of land and delay projects. According to another person familiar with the developments, urban development minister Kamal Nath, who opposed the current form of the Bill, spoke for 10 minutes, during which he said some provisions in the Bill would stall urbanization and industrialization. This person, too, did not want to be identified.

Nath did not respond to a phone call seeking comment.

Commerce minister Anand Sharma, who was not present in Tuesday’s cabinet meeting, conveyed his opposition to bringing SEZs under the purview of the new land acquisition Bill, according to the second official. Both road transport minister C.P. Joshi and power minister M. Veerappa Moily complained that the Bill did not address the concerns of their ministries over the issue of land acquisition, the official added.

Moily is on a visit to Cambodia. Joshi and Sharma couldn’t be reached for comment.

A second minister pointed out that even if the Bill gets cabinet approval, it would not have been possible for the government to ensure its passage in the ongoing monsoon session, which has been stalled due to protests from the opposition. The main opposition Bharatiya Janata Party has been stalling Parliament demanding Prime Minister Singh’s resignation after CAG claimed that the coal block allocation may have caused the national exchequer a loss of 1.86 trillion. Both Houses were adjourned without transacting any business for the sixth straight day on Tuesday. The monsoon session, which began on 8 August, is scheduled to end on 7 September.

The Bill was listed in the cabinet’s agenda last week, too, but was deferred after some ministers sought more time to go through the amended Bill.

Industry, which has been awaiting the passage of the Bill, said it also wants to hold discussions with the government. “We have been discussing this Bill for a while and want it to be implemented quickly," said Chandrajit Banerjee, director general of industry lobby Confederation of Indian Industry. “But before that, we want to hold discussions with the government in order to make the Bill just and equitable. We also want more clarity on R&R (relief and rehabilitation) measures."

Land acquisition turned out to be the crucial issue that led to the fall of the more than three-decade Left rule in West Bengal. Both Congress president Sonia Gandhi, through the National Advisory Council, and her son and party general secretary Rahul Gandhi, through political campaigns, have pressured the government to make the Bill more farmer friendly.

With the Union and state governments under fire for archaic land acquisition rules and facing mass protests in different parts of the country, the UPA government introduced a version of the Bill in September 2011. After scrutinizing the legislation, the parliamentary standing committee submitted its report in May. The legislation is expected to address rehabilitation and resettlement by providing safeguards for both landowners and livelihood losers, while clearly defining the purpose for which land can be acquired by the government.

On Tuesday, the government, while replying to a question, said in the Rajya Sabha that the Bill will incorporate recommendations made by the parliamentary standing committee on rural development. “Based on the recommendations of the committee or otherwise, the department of land resources proposes to introduce official amendments to the Bill in the Lok Sabha," minister of state for rural development Sisir Kumar Adhikari told the Rajya Sabha in a written reply.

The original Bill didn’t cover land acquisition for activities under 16 central laws, including the SEZ Act, the Atomic Energy Act, the Land Acquisition (Mines) Act and the National Highways Act. The government, acting on the recommendation of the parliamentary committee, said the new Bill will be amended in the next two years to cover land acquisition under all but three of the 16 laws too.

Elizabeth Roche and Amrit Raj, and PTI contributed to this story.