Mumbai: As the country’s top policymakers mull a historic and expensive food security Act to address the needs of India’s malnourished citizens, it is fruitful to consider the experiences of the Maharashtra government’s nutrition warrior, V. Ramani.

By reimagining the corroded plumbing of government—where a substantial part of India’s multi-billion-dollar spending on social security programmes leaks away—Ramani has shown how the nation’s dismal malnutrition statistics can be improved without great cost.

Thanks to Ramani’s work, Maharashtra reported a 60% drop between 2005 and 2010 in the number of severely malnourished children. Thousands more now have a chance of a healthy life in a country with the world’s largest number of malnourished people. 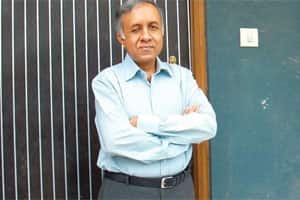 As with other state-run programmes, there was no independent?assessment?of?the mission’s performance, but non-governmental organizations (NGOs), usually critical of the state’s lackadaisical approach, commend Ramani’s work.

“The nutrition mission in Maharashtra was a first-of-its-kind initiative that actually delivered results," said Ashish Satav, a physician and founder of the NGO Mahan, which works among malnourished children in tribal-dominated Melghat in Amravati district.

Mahan and Khoj, another NGO in the area, are fighting a case against the state government over the issue of malnutrition-related child deaths in Melghat.

In an implicit recognition of the nutrition mission’s work, a two-judge bench of the Bombay high court recently asked the state government to launch more child development centres, introduced by it in 2007, in Melghat.

Ramani’s work has also inspired similar missions in other states and set the stage for the second phase of the programme in Maharashtra in the next five years. Madhya Pradesh and Bihar, two of India’s most malnourished states, have started similar missions. So has Karnataka.

Ramani’s fight against child malnutrition began when he was the divisional commissioner of Aurangabad division, comprising eight districts of the arid, poverty-stricken Marathwada region of Maharashtra.

“After I took charge as the divisional commissioner here, I identified health and education as the two areas where one could make a key difference and in this I was influenced by Amartya Sen’s book, Development as Freedom," Ramani said in an interview.

The Marathwada initiative, as it came to be known, brought down rates of severe malnutrition in the state by 62% in just two years and by 90% in three years after it was launched in 2002.

The key to its success was administrative will. The Marathwada initiative showed how the existing machinery can deliver without any additional funding or recruitment when the government shows commitment to change and the staff is trained and motivated, Sujata Kelkar Shetty, a former post-doctoral fellow at the National Institutes of Health in the US, wrote in a 2009 Mint opinion piece.

There is little attempt to understand the problem of malnutrition systematically before trying to solve it, a key reason for the stasis in India’s nutritional indicators, said Ramani.

As many as 48% of Indian children are stunted or chronically undernourished, the number having fallen only by 5 percentage points since 1992. This is despite the country having the world’s largest nutrition programme for children, the Integrated Child Development Services (ICDS). Started in 1975, ICDS is the nation’s oldest nutrition programme run through day-care centres across India, but does not offer special care for the severely malnourished.

The Marathwada initiative was prompted by the deaths of 14 children in the Vaijapur block, 70km from Aurangabad, in 2001. 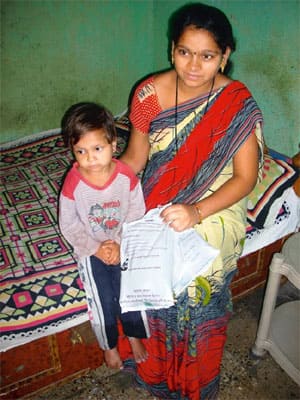 Shrusti Kaduse and her daughter with take-home rations provided by ICDS in Aurangabad.

Ramani, an economist by training, identified three key problems with the state system:

• Under-reporting of malnutrition by ICDS;

• The nearly exclusive focus on food support by ICDS at the cost of other objectives such as growth monitoring; and

• A lack of coordination between ICDS and health departments.

“We made it clear that if anything goes wrong, both departments will be held jointly responsible," said Ramani.

The intensive focus on these children involving regular check-ups, counselling of mothers and nutrition supplements saw the proportion of severely malnourished fall five times faster in Marathwada than in the rest of the state between 2002 and 2005.

Impressed, then chief minister Vilasrao Deshmukh asked Ramani to head a state-level nutrition mission named after the mother of Chhatrapati Shivaji, founder of the Maratha empire. It began work in April 2005 in Aurangabad and completed its first phase in 2010. Ramani currently works as an independent consultant and plans to start an NGO.

Parveen Sheikh of Ellora village in Aurangabad, about 400km north-east of Mumbai, is among the thousands of mothers grateful to the mission for saving the lives of children. 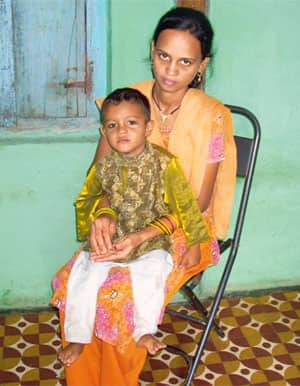 Parveen Sheikh of Ellora village in Aurangabad and her son Rehan who was treated at a child development centre.

Child development centres, rechristened child treatment centres (CTCs), are among the pioneering initiatives launched by the mission. As a good health incentive, mothers who have to stay at the centres with children being treated there are compensated for loss of wages.

The mission uses funds from existing schemes such as the National Rural Health Mission to run both CTCs and village-level child development centres (VCDCs).

Started in 2009 to treat children who were malnourished but did not require hospitalization, VCDCs are month-long camps at the local ICDS centres where children are de-wormed, given micronutrient supplements, and fed six times a day. Mothers are counselled on ways to modify the child’s diet and make it more nutritious.

“We had almost given up on the child and were it not for the help from Vaidya and at the child development centre, I don’t think he would have survived," Sheikh said.

Ramani led a committed team of six who worked tirelessly to train and motivate field officers and introduce innovations. According to ICDS data, the proportion of severely malnourished children in the state fell from 0.31% to 0.12% and the proportion of normal children increased by 15 percentage points to 64% between April 2005 and April 2010.

Unequal progress across the state and a lack of focus on preventing malnutrition are the main chinks in the nutrition mission’s story so far.

The mission started work in five tribal districts—Amravati, Gadchiroli, Thane, Nashik and Nandurbar—that accounted for 34% of the severely malnourished children of the state. Later, it spread to other areas of the state.

Six years later, these districts account for over 30% of the state’s severely underweight children though they account for fewer than 20% of the children covered by ICDS.

Ramani said the mission has not been able to make as much of a dent in tribal malnutrition in the first five years as he would have liked. The Rajmata Jijau mission, unlike the Marathwada initiative, is heavily reliant on the drive of district officers. Monitoring is a weak link, leading to leakages in poorly administered tribal areas.

Ramani, who has authored a strategy note for Unicef on malnutrition, argued that the issues of livelihood security and women’s empowerment are critical to tackling malnutrition.

The gist of his recommendations for a nutrition mission include a focus on preventing malnutrition, monitoring pregnant mothers and increased home visits, especially in the first few months after a child is born, and universalizing immunization.

The second phase of the mission intends to prevent malnutrition by focusing on the first 1,000 days of life: from the mother’s womb till the child is two years old, said Nand Kumar, the new director general of the mission.

Two members of Ramani’s crack team—Gopal Pandge and Ulhas Khalegoankar—are aiding Kumar in redrawing strategies for the second phase. “The biggest gain from the first phase of the mission is that now we know we can make a difference," Pandge said.

The report is the third in a five-part series.

The Tracking Hunger series is a nationwide effort to track, investigate and report India’s struggle against hunger and malnutrition. This special report on malnutrition is the result of a fellowship jointly awarded by Save The Children and Mint. To know more about Save The Children: www.savethechildren.in