New Delhi: The Supreme Court has accepted the Union government’s review petition on its 2G spectrum licence cancellation judgement, which largely stressed on the government’s policy powers having been usurped by the court, thereby implying judicial overreach.

However, the court rejected the petition of seven telecom companies challenging the cancellation of licences and a review petition of former telecom minister A. Raja that the apex court’s ruling unfairly implicated him. 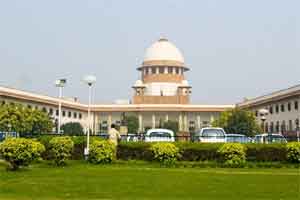 The government’s petition has been listed for hearing before a bench comprising justices G.S. Singhvi and K.S. Radhakrishnan on 13 April.

On 2 February, the court invoked the fundamental right to equality under Article 14 and held that natural resources like spectrum must necessarily be distributed through a fair and transparent method such as public auctions.

The government had filed a 23-page review petition on 3 March arguing that the court’s judgement was in direct conflict with mining laws—Mines and Minerals (Development and Regulation) Act, 1957—which, in fact, prescribes the issuance of mining rights through the first-come-first-served (FCFS) policy. The court had ruled that the FCFS policy followed by Raja in allotting the telecom licences was arbitrary and illegal.

The government argued in its petition that the “legality of a policy cannot be assailed on the ground it has been implemented in an objectionable manner". The constitutional separation of powers was also violated by the court, as it stepped into the “exclusive domain" of the executive by formulating the policy on distribution of natural resources.

Asserting that it was answerable to the public through Parliament, the government contended that the court violated the separation of powers through its judgement.

To be sure, the court’s decision to hear the government’s petition does not mean that it is bound to reverse its 2 February judgement. The government still has work to do in convincing the bench that it has indeed overstepped its powers under the Constitution. It is also possible that these fundamental questions of law may be referred to a larger bench.

On 2 March, a day before filing the review petition, the centre filed a clarificatory petition saying it was impossible to complete an auction of spectrum in four months and requested a minimum of 400 days to complete the process. While giving a suggested timeline, the department of telecommunications (DoT) also asked the court if it was expected to follow a similar procedure as was used in the 3G spectrum auction in 2010. The court is yet to address the government’s clarificatory petition, which will be taken up by the bench.

Meanwhile, the government is considering the additional option, over and above the clarificatory application and review petition, of moving a presidential reference to the court on various questions, including the methods through which the telecom licences were issued, according to internal government notes reviewed by Mint and one person familiar with the matter.

“We are very happy that the court has accepted the petitiions. We will wait till the 13th to see what the final outcome is before taking any further steps," said R. Chandrashekhar, secretary, department of telecommunications. He also added that a final decision on the presidential reference hasn’t been taken as yet.

A presidential reference would also seek clarity on whether the court’s ruling affects licences granted prior to January 2008, including the dual technology licences held by Reliance Communications Ltd and Tata Teleservices. The only overlap between the review petition and the contemplated presidential reference is on the question of whether auctions are the only way through which natural resources can be allocated. By extension, the government is also looking into whether anything granted under the FCFS policy before 2008 is per se illegal.

One interesting aspect the presidential reference is looking into relates to STel’s 3G spectrum won in 2010, and whether the spectrum has to be withdrawn now that the 2G licences of that company stand cancelled.