CSIR lab in second licensing deal with US pharma company

CSIR lab in second licensing deal with US pharma company

Bangalore: Chandigarh-based Institute of Microbial Technology, or Imtech, a constituent laboratory of the Council of Scientific and Industrial Research, or CSIR, has licensed a new drug molecule to the US’ Nostrum Pharmaceuticals Inc. for $3 million (about Rs15 crore).

Imtech will make a formal announcement on Monday, disclosing the terms of the deal, but its director Girish Sahni finds it’s creditworthy that his lab could strike the deal in an economic slowdown and in an environment where pharma companies “do not want to pick up molecules from Indian laboratories". 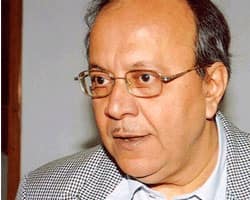 Monetary benefits: CSIR’s Samir K. Brahmachari says the organization has been making a serious attempt to make money from its research.

Considered as signalling a paradigm change in the way government labs worked, that agreement also led, for the first time for any Indian lab, to the “incubation of that molecule" in Imtech. “We have learnt a lot working with Nostrum on that molecule which is progressing well and is being tested on monkeys in the US," said Sahni.

This time, the discovery is about a novel bioactivity of Caerulomycin A, a known compound with antibiotic properties. In the new form, which is derived from a microbe, Caerulomycin has shown promise in so-called immunosuppression of T and B cells in both lab studies and in animal (rodent) models. The white blood cells called T and B cells are the protective cells that attack any foreign entity entering the human body.

This property of the compound, says Sahni, makes it a potentially good candidate for drugs that prevent organ transplant rejection as well as those used in autoimmune disorders. Autoimmune disorders, including type I diabetes and rheumatoid arthritis, are diseases where the body reacts against some of its own tissue and produces antibodies to attack itself.

While the clot-busting protein was the first proprietary recombinant DNA-based biopharmaceutical molecule licensed to an overseas company by any government institution, Caerulomycin is the first “small" molecule (used in regular drugs) to be licensed, say Imtech scientists.

The new molecule will be developed through traditional chemical synthesis. Imtech has a pipeline of 15-20 other molecules, which it is trying to improve to get advance derivatives in areas such as oncology and human antibodies.

“We are also looking for new compounds in the microbial diversity," says Sahni, who thinks this deal would encourage other labs to commercialize their discoveries.

In recent past, CSIR has been making a serious attempt to derive monetary value out of its intellectual property. Director general Samir K. Brahmachari says even though CSIR is ahead of many public-funded institutions in the world in terms of the percentage of technology transferred to industry, it still has to achieve more in the area. “The amount of money realization is low but we are working on that."