New Delhi: Imagine a 13-year-old having to live in a hovel outside a village where he suffers complete isolation as an outcast, with his mother leaving him food at a safe distance.

This scene from a medieval nightmare was enacted in modern day India, as ignorance on HIV/AIDS continues to drive how society deals with people afflicted with it. 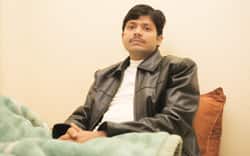 Against odds: Sahil Hussain, who is HIV-positive, found help in Delhi after he ran away from the stigma in his village in Darbhanga, Bihar. Ramesh Pathania / Mint

Social stigma that trails HIV/AIDS is a familiar story worldwide and India is no exception. “Stigma attached to what is largely considered a sexually transmitted disease will take decades?to?go," says Avnish Jolly, member, country resource team (solution exchange) at United Nations’ India office and an AIDS activist in Chandigarh.

“After all, social evils like untouchability and casteism, in spite of centuries of reform and development, haven’t vanished from our villages." Many in the interiors of Punjab prefer the veil of secrecy, petrified of being ostracized and thrown out of their homes and villages, he adds.

At least 2.32 million people were living with the disease in India at the end of 2007, according to the National AIDS Control Organisation, an agency of the ministry of health and family welfare charged with implementing the government’s response to HIV/AIDS prevention and control.

A large?number among?them, are facing social ostracism, while many are increasingly facing the situation with fortitude and courage. Hussain, for instance, was lucky because a local school teacher gave him some money in 1998 and urged him to escape to Delhi, where he said Hussain would find help, which he did with information he got from a billboard at the railway station.

He has since been assisted by a non-profit organization to receive treatment for bone tuberculosis, which he contracted last year, as his infection progressed. The Indian Spinal Injuries Centre in the city waived Rs5 lakh for the three surgeries he underwent. He is now on the second line of tuberculosis treatment that costs Rs12,000 a month, of which he gets Rs8,000 from ActionAid, a global anti-poverty agency towards a fellowship.

There are many more like him in India who face oppression and ostracism because of their affliction. One way they cope is to seek out people in the same predicament, form small groups and help each other out. For example, Draupadi from Latur, Maharashtra, was silent about the HIV-positive status of her family for years. But when her husband and daughter died, she realized she would be stripped of dignity without money.

Initially, her in-laws would not accept that it was her trucker husband who had knowingly infected her. He had married her on a local quack’s advice, who had said marrying a vigin would cure him. She threatened to take up the matter with the village council, which led to the extended family selling a piece of land and giving her Rs2.5 lakh.

Draupadi then set up a self-help group with 20 HIV-positive women. “By sharing her story, she motivated women to get their migrant husbands tested for HIV," says Zia Bano, president, Social Action for Transformation and Harmony, a local non-governmental organization working with vulnerable women, children and youth.

Communities in different parts of India react in different way to the scourge. “In Punjab, where the sex ratio is the highest, and in Haryana and Rajasthan, where women do not have a voice in the family, there is greater stigma and discrimination," says Padmavati, a Chennai-based consultant at the Rajiv Gandhi Foundation, “but in progressive states like Andhra Pradesh and Tamil Nadu, which in spite of high HIV prevalence, report fewer cases of stigma."

So, what is the way forward? Padmavati says cultural and social taboos, education, status of women and awareness levels largely determine attitudes towards a person living with HIV/AIDS. According to Kapil Kaul, country head (advocacy, resource and communication) at non-profit HelpAge India, HIV in India continues to be linked to high-risk groups who do not have social standing. “For discrimination to end, we have to create sympathy and understanding for high-risk groups, and that is a huge campaign which must penetrate social norms...and the campaign to end stigma and discrimination must have a 5-10 year perspective with definite milestones," he says, adding that the “present approach is devoid of strategy".

Normalization can only happen through familiarization, according to Nirupama Rao, state youth coordinator for the Andhra Pradesh State AIDS Control Society. “The more you talk about it, the more stigma will come down," she says.

Rao also believes supportive communities have to be built through initiatives such as the one that brought 7,000 HIV-positive people from 23 districts on one platform in December 2007 in Hyderabad to share stories. She says having a testing centre every 10km in Chennai has made HIV more “visible".

Hussain says media attention in the last few years has led to greater acceptance. “I live as a paying guest in a family that insists on not charging me a penny. They know I am positive. My neighbours think I work in the field of HIV, though I don’t think it would make a difference if they knew my status."