Kolkata: West Bengal chief minister Buddhadeb Bhattacharjee is asking the Centre to lay out a clear-cut national iron-ore policy to overcome the problem of sourcing the essential steel-making ingredient, especially by states which do not produce any ore. 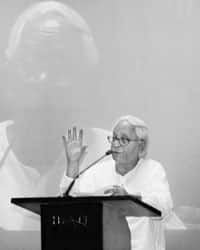 Bhattacharjee also said the state was in touch with the Union coal ministry to get leases on coal mines in adjoining districts to the state mineral development corporation.

The plant, coming up at an investment of Rs16,000 crore, will be the Jai Balaji Group’s seventh project in the state. “Apart from the steel plant, which will have a capacity of 5 million tonnes per annum (mtpa), the complex will have a captive thermal power plant with a capacity of 1,215MW per annum and a 3mtpa cement plant," said Aditya Jajodia, chairman and managing director of the Rs2,000-crore Jai Balaji Group.

According to Bhattacharjee, the project will provide employment, direct and indirect, to almost 50,000 people.

Echoing the chief minister’s concern, the state commerce and industries minister, Nirupam Sen, said an academy would be set up to enhance the skills of the local populace and empower them to get jobs at the project. “The training centre will be for land losers as well as people from the surrounding areas," Sen said.

The first phase of the project, which is expected to commence production by 2010, will produce 2mtpa of steel. “This will convert Purulia, the most backward district in the state with the maximum number of 900 poorest villages, into an important industrial hub," Bhattacharjee said.

The project will require 4,000 acres of land in the Ragunathpur area of the district, including 500 acres for a township. “Agriculturalists are being encouraged to become employable industrial workers," Sen said, adding, “the price being offered is much more than prevailing in the area."

According to Jajodia, the state industrial corporation would acquire the land on behalf of his company. “From what I have seen, most of the land is barren and some have single-crop cultivation," Jajodia said, adding, "it is also largely uninhabited."

The state industries minister said he was confident that the project wouldn’t face any hurdles as it has the support of both the local people and all political parties.

Separately, the Videocon group said it plans to invest Rs15,000 crore in West Bengal to set up a steel and a power plant. The steel plant will have an annual capacity of 3mt, while the power plant will have a capacity of 1,200MW per year, chairman V.N. Dhoot said after signing the memorandum of understanding with the state government.

“The steel plant will produce value-added products to cater to the auto and shipbuilding industry," he said, adding that the investment would be made through a special purpose vehicle (SPV).

The SPV will be named Videocon Natural Resources Ltd, and an US-based steel and mining company will pick up a stake in it, he said, adding the debt-equity ratio for the project would be 70:30.

Videocon has identified 3,500 acres of land in the state, and work on the same is expected to commence in three months, Dhoot said. “We expect to start commercial production in four years."

Dhoot also said the group is in the process of preparing a rehabilitation package for the people affected during the land acquisition.