The decade in environment

The decade in environment

In the last decade, India’s environmental movement had a rebirth.

It was first born in the 1970s, when the industrialized world was seeing the impact of growth on its environment. In that decade, the air and rivers of London, Tokyo and New York were full of toxins and bad health. The world was learning the pain of pollution. The world’s first major conference on the environment—the Stockholm meet—was held to find ways to deal with this growing scourge. India’s key environmental legislations were enacted in this period—the Water Pollution Act, 1974, and then the Air Pollution Act, 1980. But we were innocents in the world of pollution. We had not yet witnessed the sharp growth that would, in turn, destroy our environment. 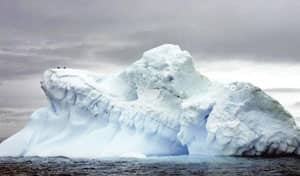 Melting point: A file photo of a glacier in Antarctica.

It was also in the 1970s that the second challenge related to the environment—issues of access and sustainable management of natural resources— took root. High in the remote Himalayas, women prevented timber merchants from cutting down their forest. But their fight was not to protect the forest. Their fight was to assert their right to the resources of the forest. It was a battle over the right to resources. It was an environmental movement because the women of this village in Chamoli district, now in Uttarakhand, knew that they had to protect the forest to protect their livelihood. It was a call to redefine development and growth.

It was only in the past decade that these two sides of the environmental challenge truly came home to India. Importantly, this was the decade where environmental issues took centre stage in the country and began to be talked about extensively, even considered in policy formulation; frankly, nobody today would dare to say they aren’t environment friendly. Car companies sell their products for luxury and sustainability; real estate giants boast about rainwater harvesting systems; Bollywood stars dance their fondness for all things green. And governments say they want low-carbon economies for the future. Being green is the “in thing".

Still, things are going bad. The pollution in our rivers is worse today than it was three decades ago. The garbage in cities in growing by the day, even as governments scramble to find ways of reducing plastic and hiding the rest in landfills in far-off places. Air pollution in cities is worse, and toxins continue to hurt our bodies and damage our lungs.

This, in spite of efforts to contain the problem: We have invested in building sewage treatment plants to deal with water pollution; we have improved the quality of fuel that runs our vehicles, changed emission standards and set up institutions to regulate industrial emissions. But still we find we cannot catch up in this game of growth and its toxic fallout.

In the last decade, the struggle for control of resources intensified. Everywhere in the country where land was acquired, or water sourced, for industry, people fought against it, even to their death.

In Sikkim, bowing to local protests, the government cancelled 11 hydroelectric projects. In Himachal Pradesh, dams are so controversial that candidates who said they wouldn’t allow them to be built won elections. In Narendra Modi’s Gujarat, it is said that his party fared badly in recent local elections only in those places where farmers had previously opposed industrial projects. South Korean giant Pohang Iron and Steel Co.’s (Posco) iron ore mine, steel plant and port in Orissa have come under fire. In Maharashtra, mango growers are up in arms against a proposed thermal power station in Ratnagiri.

The decade saw a million pollution mutinies. In India, vast numbers depend on the land, the forests and the water they have in their vicinity for their livelihood. They know that once these resources are gone or degraded, they have no way to forge ahead.

This is the environmental movement of the very poor. Here, there are no quick-fix techno solutions in which the real problems can be deferred. There is only one answer: changing the way we do business, with the poor and with their environment. It will demand we reduce our need and increase our efficiency for every inch of land we need, every tonne of mineral we dig, and every drop of water we use. It will demand new arrangements to share benefits with local communities so that they are persuaded to part with their resources for universal growth.

If we can listen and learn, maybe, just maybe, this environmentalism of the poor may teach not just us, but the entire world, how to walk lightly on earth.

These are the same choices environmental movements in rich countries asked them to make, some two generations ago. They made the wrong choices. This is why the challenge of climate change remains a challenge. Today, these societies are rich, they have cleaned up their streams and their black smoke. But their economic growth and their lifestyle is putting the entire world at risk because of climate change. They have no real answers about the future because they want to keep tinkering with the present. They are looking to find small solutions to the massive problem of increased emissions that are linked to growth.

Western environmental movement also has a different history than ours. It began after these societies had acquired wealth. So, the movement was a response to the garbage, the toxic air or the polluted water, resulting from the growth of their economies. They had the money to invest in cleaning, and they did. But because they never looked for big solutions, they always stayed behind the problem—local air pollution is still a problem in most Western cities, even if the air is not as black as ours. It is just that the toxin is smaller, more difficult to find or to smell. They keep spending, keep investing in technology to deal with the present. As such, the rich world’s environmentalists are garbage managers, nothing more.

We seem to want to emulate them, with much lesser resources and much more inequity and poverty.

The fact is we cannot find answers in the same half solutions they invested in. This is the challenge of our next decade.

Sunita Narain is head of the Centre for Science and Environment, New Delhi