The air we breathe

India's annual health cost due to air pollution was around Rs5,500 crore; Delhi's share of this was Rs1,000 crore

Delhi has earned the dubious distinction of being the most polluted city in the world—a fitting title for the capital of a country where air pollution kills 119,900 people every year, as per estimates of the World Health Organization (WHO).

Delhi recently recorded the world’s highest annual average concentration of small airborne particles. The so-called PM2.5 particles have a diameter of 2.5 micrometres, and inhaling them poses health hazards. Outdoor and household air pollution have been routinely cited as the cause of several diseases in India. Apart from loss of life, air pollution causes heavy economic loss as well. 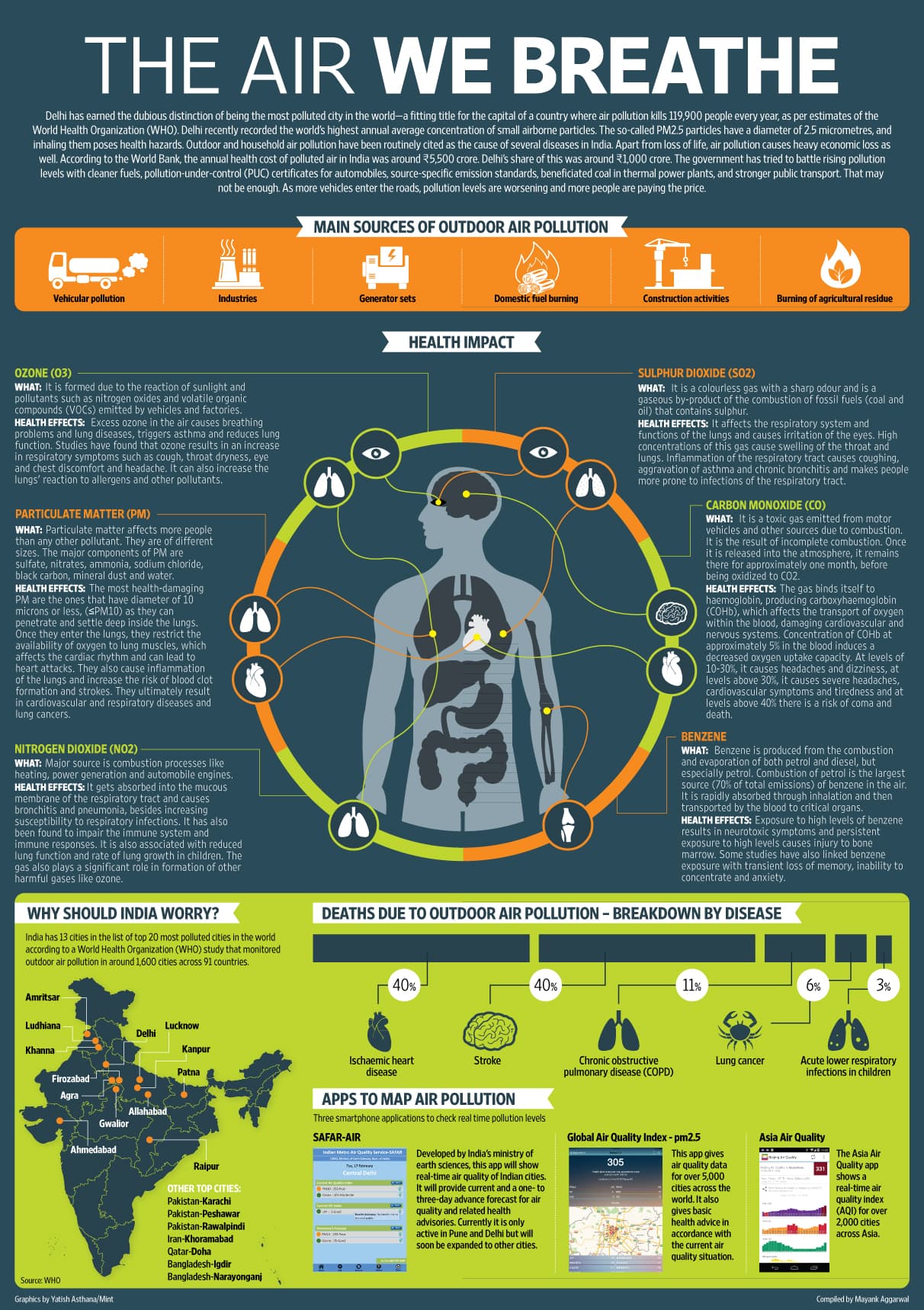 According to the World Bank, the annual health cost of polluted air in India was around Rs5,500 crore. Delhi’s share of this was around Rs1,000 crore. The government has tried to battle rising pollution levels with cleaner fuels, pollution-under-control (PUC) certificates for automobiles, source-specific emission standards, beneficiated coal in thermal power plants, and stronger public transport. That may not be enough.

As more vehicles enter the roads, pollution levels are worsening and more people are paying the price.