Gurgaon, Haryana: Her face gaunt and her voice a whisper, 24-year-old Rekha is exhausted after a month of living with an unrelenting fever, diagnosed two weeks ago as typhoid.

Her husband, Rajkumar (both use one name), sits on her bed. Clean-shaven and whippet thin, he looks tired, lost and closer to teen age than 25. An odd-jobs man from a village 16km south, Rajkumar is unemployed.

In normal Indian circumstances, Rajkumar and Rekha would be prime candidates to expend their savings, perhaps borrow money and become part of one of India’s unforgiving statistics. About 250 million who live just above the poverty line slip back into poverty if they face just one health crisis, says a report released in February by the Independent Commission on Development and Health in India. India’s hospitalization costs have soared in urban areas by 126% and in rural areas by 78% between 1995 and 2004, according to the National Sample Survey Organsation.

But finding money for his wife’s treatment isn’t one of Rajkumar’s worries.

Earlier this year, Rajkumar showed his ration card; paid Rs30; had his and Rekha’s thumbprints scanned; their photos taken and is now covered for up to Rs30,000 under the unsexy-sounding Rashtriya Swasthya Bima Yojana (national health insurance scheme), known by its acronymn, RSBY.

In 26 months, RSBY has enrolled at least 60 million people in 22 states; by next year that should double to 100 million. This is the first use, on this scale, of India’s technology prowess to run a national social-security programme. If RSBY succeeds, it could be the precursor for reforms in other schemes.

Rajkumar and Rekha—the scheme accepts five people per family—can walk into 5,000 public and private hospitals across India, produce the RSBY card and get healthcare. No paperwork. No cash. No questions asked.

Health plan: A worker gets people enrolled for the Rashtriya Swasthya Bima Yojana (left); the identity of beneficiaries being certified before smart cards are issued for RSBY in Gurgaon’s Khairla village. Photographs by Samar Halarnkar/HT

The system works for Rekha’s healthcare provider, Navjivan hospital, a bland concrete block on a shabby backstreet in semi-urban Gurgaon. Electricity supply is spotty, as the noisy, SUV-sized, diesel-spewing generator outside indicates. Over its din, Navjivan’s administrator, Dr Manish Jain, explains how an insurance company reimburses the hospital for pre-approved surgical and non-surgical treatments that they offer poor patients such as Rekha, who otherwise could not afford to be here. “It feels good to make a difference to my country," says Dr Jain. “And to make some profit, of course!"

Private hospitals participate because RSBY’s creator, Anil Swarup, director general for labour welfare in the Union ministry of labour, and his core group of advisers and officials from private and public organizations run the programme like a business instead of a government department.

It is India’s first social-security scheme that embraces a profit motive, involving 20 insurance companies, private and public hospitals, state governments and the Centre, each acting as a check on the other. “The Prime Minister was very keen that a health insurance scheme come through for unorganized sector workers (who comprise more than 90% of all workers)," says Swarup. “But I never thought it would become what it has today."

At least 15 countries have studied RSBY. In August, after months of quiet consultations with India, Pakistan will roll out its own version of the RSBY. The World Bank is bringing it to global attention as the largest use of smart cards to provide the poor with nationwide health insurance.

“It’s unique in many ways," says Robert Palacios, a World Bank economist who has advised RSBY and the Planning Commission and is now based in Washington, DC. “It’s not the only health insurance scheme in the world that uses smart cards, but no country uses it in this fashion and at this scale."

Palacios says RSBY could not have unfolded in the India of the 1990s. Information technology was not as widespread then as it is now, and “the kind of competition and dynamism you have in health insurance today helps it work".

“I think they’re doing an amazing job," says Nandan Nilekani, chairman of the Unique Identification Authority of India, which will use RSBY data in its efforts to provide electronic identities to 1.1 billion Indians. “Together, it’s a dynamic and entrepreneurial group."

That dynamism is on display at Khairla village in rural Haryana where a team of technicians from E-Meditek (TPA) Services Ltd, a third-party associate, or subcontractor, of the insurance company, veiled village health workers, the village headman and the district health officer work together to enroll villagers.

The biggest flaw in most government schemes is it takes months, even years, to deliver benefits. 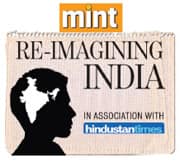 Officials circulate among the rush of villagers, answering questions, helping them with procedures and displaying a gentle touch not associated with a state scheme. “At any cost, the patient must not suffer," says Dr R.N. Dahiya, the Haryana government’s nodal health officer for RSBY. “This is the message we have also given to all hospitals."

Some villagers complain how most of them never got cards, though data was similarly gathered last year. It emerges cards were issued four days later and handed over to “someone" in the village. “I acknowledge all the problems or 2009," says Dahiya. “We have learnt from our mistakes."

An hour later, Ramphal (28), an unshaven worker in a car-mouldings factory, holds up his card. “This is very good for the poor," he says after enrolling his wife and two sons. “I have a private job that pays Rs4,500; if I lose that, how can we afford hospitals?"

There are some who don’t get cards; their names aren’t on the two-year-old below-poverty-line (BPL) lists that RSBY uses. In most states, cards are issued on BPL lists made in 2002.

There are other problems: quality of care, the availability of hospitals in backward states such as Orissa or Jharkhand, managing the huge database and complex backend and the Indian proclivity to cheat.

“We always have to be alert," says Sanjeev Soorma, E-Meditek’s Haryana manager. “For instance, patients may connive with a hospital to claim a fake appendix removal. There are as many examples as you can imagine—and some that you can’t."

Director general Swarup agrees with most of the criticism. “We are still learning, evolving," he says. “We have huge problems, and if we keep addressing them, RSBY can really evolve."

The biggest flaw in RSBY, observers say, is Swarup’s own success. His team is dedicated and determined, but he, a bureaucrat, is the fulcrum.

What if Swarup is transferred?

“As much as things have happened, there’s a long way to go for RSBY," says World Bank’s Palacios. “Anywhere else in the world, a programme of this complexity is run by a semi-autonomous organization."

This is a story that’s only just begun.