Washington: The head of the World Bank on Tuesday called on Group of 20 (G20) leaders at an upcoming meeting to find ways to deal with increased global food price volatility that is hurting poorer countries. 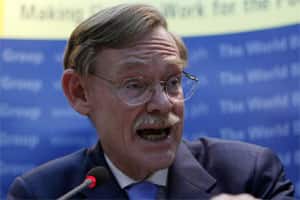 The index showed a small dip of 1% in September, settling at 5% below its February peak, but it is still 19% above its September 2010 levels, the World Bank said.

The meeting of leaders from major industrialized and emerging market countries is scheduled to consider actions to help countries manage price volatility using risk management tools, to promote more productive and resilient agriculture, and look at getting food to the needy fast through emergency regional humanitarian food reserves.

“The food crisis is far from over," Zoellick said in a statement. “Prices remain volatile and millions of people around the world are still suffering".

Poorer countries would be hard hit by weaker global demand as trade would likely slow.

“The persistently troubled global economy must be monitored vigilantly because the risk of a global deceleration in demand is real," the World Bank said.

Floods in Thailand, the worst in 50 years, have added to uncertainty in the short run with rice production losses estimated at 4 million to 6 million tonnes, or about 16% to 24% of expected total production, the bank added.

A separate report prepared by the World Bank for the G20 meeting cautioned the world economy was entering “a risky phase" and called on G20 leaders to focus on ways to boost growth and create jobs.

“Actions to address immediate risks to financial stability must be complemented by efforts to strengthen the foundations for global growth," the report said.

The World Bank urged the G20 to focus on a broad strategy for boosting growth that would also benefit poorer countries that are not part of the G20 club.

It said increasing infrastructure investments in developing countries and trade were some ways to spurring global growth.

The bank said while developing countries were still likely to grow at around 6% in 2012, growth in advanced economies would be much lower at somewhere between 0.4% and 2.2%.

“Strong growth in developing countries would benefit global growth and rebalancing at the same time as it advances development and poverty reduction," the World Bank said.