New Delhi: As the hearing on media regulation vis-a-vis court proceedings unfurled Tuesday, the Supreme Court sought to find adequate teeth in the law and the Constitution to frame guidelines that can be enforced. 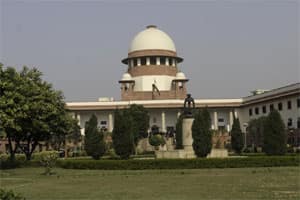 Attorney general Goolam E. Vahanvati and senior counsels Rajeev Dhawan and Soli Sorabjee held similar views—that the court did not have powers under Articles 141 and 142 of the Constitution to “make law".

“If the infringement of the guidelines results in punitive action, should not the guidelines be in the form of law?" Nariman asked the bench, implying that mere guidelines could not be enforced unless Parliament granted them the status of law. “You have no power to make law," he said.

Kapadia appeared to hold a different opinion: “In a sensitive matter, if the court is of the view that public disclosure of some documents might prejudice an accused, would the court not be entitled to enforce that guideline and prevent publication till the end of the trial?" he asked.

“We are trying to balance the freedom of the press vis-a-vis the rights of an undertrial," explained justice D.K. Jain.

Nariman filed a complaint after a proposal between his client, Sahara Group, and Securities and Exchange Board of India (Sebi) was aired on a business channel. Nariman claimed that his client had suffered “prejudice" because of the leak. On 10 February, Kapadia’s bench asked Nariman to file a complaint in writing. Other lawyers, including K.K. Venugopal and Harish Salve, had previously filed complaints with the court after similar directions from the same bench.

Nariman argued that the court could start contempt proceedings against errant newspapers or television channels that were misreporting or misrepresenting events from a courtroom.

The court was curious about the extent of its powers in “preventing" publication in order to protect the reputation of a person not yet convicted. “SIT (special investigation team) report, even before it comes to court, it is coming in the newspapers. People go to the press first and then file petitions," said Kapadia.

He cited the recent controversy of the Comptroller and Auditor General’s report on alleged irregularity in allocating coal blocks, pointing out that a confidential report not yet placed in Parliament was published in a newspaper. He said this could possibly hurt the economy and the overall image of the country.

The court sought to understand that if it was using Article 21 (right to life) to take preventive measures in other spheres such as banning mining in Karnataka and manufacture of endosulfan, could it not do the same with the media?

“Can we use Article 21 to protect the rights of an accused? We are doing so to protect violation of human rights. How are we banning mining?" asked Kapadia.