New Delhi: The Supreme Court ruled on Tuesday that all vacant seats reserved for other backward classes, or OBCs, in Central educational institutions should be filled up by general category students. 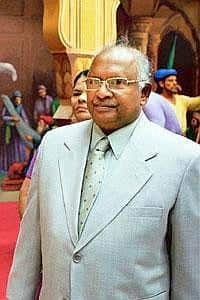 The apex court also directed the Union government to maintain cut-off marks for OBC students at 10% less than the general category.

The directions came when a five-judge bench headed by Chief Justice K.G. Balakrishnan was hearing an application filed by P.V. Indiresan, former director of the Indian Institute of Technology (IIT) Madras.

Indiresan had sought a clarification on the April judgement of the Supreme Court that allowed the Centre to implement 27% reservations for OBCs in Central educational institutions, and highlighted the confusion over the cut-off marks and dereservation of vacant OBC seats in admission for the 2008-09 academic year.

The institutes must “endeavour to fill up" vacant seats with general category students by the end of October, the Chief Justice said.

The ministry of human resource development will abide by the order and communicate it to all concerned institutes, a senior ministry official said. “We have also agreed on the relaxed admission criteria for students from the reserved categories,’’ he said on condition of anonymity.

However, IIT-Delhi director Surendra Prasad said dereserving OBC seats for general category students by October could be difficult for India’s top technical schools. “We are willing to abide by the decision," he said. “However, as per the IITs’ admissions policy, mid-term admissions are not done. Any new policy that has to be followed can be followed from the next session onwards.’’

‘Mint’ had reported on Tuesday that Indiresan had said in his petition that the government had made a “grievous" mistake in determining the percentage of general category seats at 54%, instead of 27%, to be added to compensate for reservation for OBCs in these institutions. The court said it would take up the issue in the third week of November.

Indiresan is also expected to file an application challenging the government’s raising of the income ceiling to qualify for OBC seats from Rs2.5 lakh to Rs4.5 lakh per annum.

(Pallavi Singh contributed to this story.)