Satellites have done satisfactorily since Aryabhata was launched in 1975, but with rockets, we still have a long way to go, says former Isro chairman Rao

In an interview, U.R. Rao, the project director for Aryabhata and former chairman of Isro, remembers challenges involved in pulling off a successful launch—from making the satellite in a shed to working with fresh graduates completely new to space sciences.

How was the launch important for the Indian space programme?

It was the turning point. It was the first time we built a satellite, completed it. That means we had to learn all the technology from scratch.

A big challenge was I didn’t even have a person who could do structural analysis, so I got angry and went to the Indian Institute of Science director and told him, “You have been sending large number of scientists everywhere in the country, and you can’t give me two good people?" And he told me to talk to the students and see if I can get good people. So, I gave a talk to a few students and told them I was staying in the institute guesthouse. 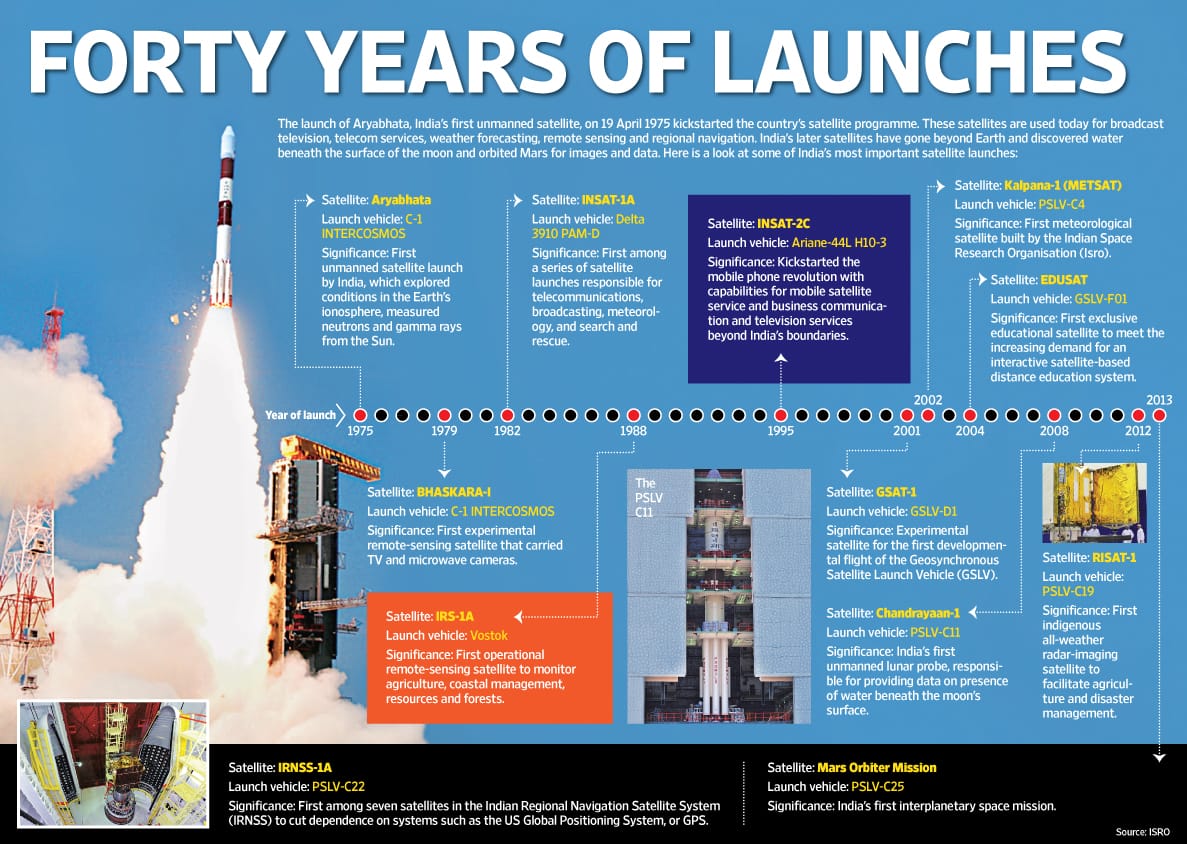 I told them we didn’t have anyone on structures and that I need two good people and whoever is interested in the challenge, come and join. The trouble was all 16 people at the lecture came in.

Of course, the problem was, they didn’t know anything about making a satellite. But they had the basic knowledge and once they started learning and discussing internally, they acquired the required skillset.

What was the biggest challenge?

I didn’t have people, didn’t have a place. And I had very less time. The biggest challenge was that none of the people had any idea what a satellite was. I had some experience, none of the other people did.

I understand the satellite was made in an industrial shed in the outskirts of Bengaluru?

That time, we were just building the department in Sullurupeta (Andhra Pradesh). Since I had to build a satellite, I decided I can’t go on building the ground station. So, that was entrusted to Sriharikota. But when the satellite came into the picture, within 2-3 months, I started getting worried. Suppose that thing doesn’t work, the whole country will laugh at me. So, then we decided we need a place.

We had these industrial sheds that were coming up in Peenya (industrial area in Bengaluru).

We converted four of them into our working station. These were sheds above the laboratory.

The laboratory was cleaned out, the antenna was built on the top and then we started working. You see, I needed a place immediately.

How was the decision to build the satellite taken?

We had to build a satellite because we had to learn about satellite technology and therefore that was the first objective.

Later, we decided that for scientific experiments, it will also carry out remote-sensing.

This would be an experimental remote sensing satellite, so the same thing that was used for later operational satellites. What we did was to reduce the cost, Aryabhata, slightly changed, was used in Bhaskara. We had to build a camera for that. Similarly, before INSAT systems, we decided to carry out a launch for APPLE at Ariane to understand the technology. So, we had to start with that.

After doing these, we decided to make operational satellites. For communications, we made INSAT (Indian National Satellite System), and for remote-sensing, we made the IRS (Indian Remote Sensing). So, each time, we did an experimental satellite and then went on to the operational so as to avoid too many costs.

It was an important process of making the technology.

What were the most important skills that we acquired while making Aryabhata?

First thing is, we had to look at temperature changes, and therefore, we had to build the technologies. Then orbital parameters had to be taken care of. The structure has to stand when the rocket takes off. But the thermal control systems were a big challenge. In fact, the Russians themselves said their thermal control systems were not robust. It is a massive control system. So depending on which side the satellite is facing, the temperature varies. If it is the sun, it could be 200 degrees and on the other side it can be minus 200 degrees. Instruments and communications have to work through that. These are all done passively by changing the painting and using thermal blankets. And then active control systems. Step by step, we went about building technology.

Was it easy to convince then prime minister Indira Gandhi for the approval for Aryabhata?

After the meeting with the Russians for the space agreement in 1972, we were told to estimate the cost of the satellite.

We estimated the cost and we told her it would take ₹ 3 crore to make it. She said “fantastic" and just agreed immediately and after that automatically, things fell in place. It had to go through the space commission which, of course, was just a formality because the prime minister had already agreed. (Former prime minister) Manmohan Singh had just become finance secretary and that was the first project he approved.

The launch took place in Russia?

Russia gave us a free launch. For Bhaskara also, and IRS 1 and 2 were also given cheap deals. During the learning process, we got it all free. So we can’t argue with that, can we?

Has the Indian space programme come a long way since the launch of Aryabhata?

Satellites have done satisfactorily, but with rockets, we still have a long way to go. The government has to take a decision on a manned mission, whether we want to go or not. That is a major decision that has to be taken.

But you see, we demonstrated the usefulness of the satellites. It is not that Mrs. (Indira) Gandhi just agreed immediately. We had the Satellite Instructional Television Experiment (SITE) programme that we had started and we had cameras going over coconut trees in Kerala and crops in Punjab and Haryana and so on.

To show the features to Mrs. Gandhi, we showed her coconut trees with a disease would be light pink on camera and where it had no field disease, it would be very dark pink. And we told her that is why we need a satellite, a helicopter can’t do this for the whole country. That is how we started pushing for it.

After a year of SITE programme, farmers from various six clusters, each had 240 farmers, interacted with Mrs. Gandhi. She said this is an American satellite. They said we don’t understand that, we want the programme to continue.