Another day, another blackout

Another day, another blackout

New Delhi:Sushil Kumar Shinde’s last days in office as power minister aren’t going well. Tuesday was marked by the second blackout across nearly all of north India in two days caused by rising demand for power in most states driven at least partly by a poor monsoon. 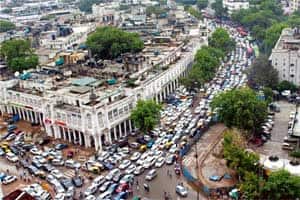 While the network tripped at 2am on Monday, on Tuesday, the power outage started at 1pm and affected north India and parts of the north-east—till late in the night, power was yet to be restored fully. Not only was normal life disrupted across the region, including in New Delhi, there was panic over workers trapped at Eastern Coalfields Ltd’s mines in West Bengal’s Ranigunj and Asansol areas. The miners were later rescued. Efforts were continuing to extricate another 65 miners trapped in a Bharat Coking Coal Ltd mine in Jharkhand, PTI reported.

For corporate India, struggling with inclement business conditions, the power outage has come as a fresh setback that could hit profits.

R.V. Kanoria, president of industry lobby Federation of Indian Chambers of Commerce and Industry, said, “Failure of the power grid on a scale such as this on consecutive days should be a matter of grave concern. This has had an impact on all sectors of the economy, including industry, which would have to bear considerable losses due to production stoppage."

Nor would it help India’s image, said Chandrajit Banerjee, director general of the Confederation of Indian Industry, another lobby group. “Repeated occurrences of grid failures carry a very negative image of India, when already sentiments about the country are low on account of the current economic situation and related developments. As one of the emerging economies of the world, which is home to almost a sixth of the world population, it is imperative that our basic infrastructure requirements are in keeping with India’s aspirations," he said.

About 80% of the northern grid and 58% of the eastern grid had been restored as of 9.30pm on Tuesday, according to state-owned Power Grid Corp. of India Ltd (PGCIL).

PGCIL drew power from hydroelectric projects to restart operations at thermal units that had tripped due to the failure of India’s northern and eastern grids.

Shinde, who was named India’s home minister later on Tuesday in what appeared to be a previously planned ministerial reallocation, said that both the northern and eastern grids failed due to states drawing more power than they should have.

“We have been told that states in eastern India were over drawing power by 3,000MW. I have issued instructions that in the event of states not following grid discipline, their power supply should be cut. We expect the services to be normalized within the next one-and-a-half hours," Shinde said.

These are the worst blackouts across India in the last 11 year.

Officials at Power System Operations Corp. Ltd (Posoco), which handles PGCIL’s power management functions, are trying to ascertain the reasons behind the recurrent failure of the northern grid.

Anish De, chief executive of Mercados EMI Asia, said the reasons for Tuesday’s blackout were unclear. “It is possible that the failure was due to inadequate recovery of power system from yesterday’s failure, and a cascading impact caused by some local problems. As I mention, the details are very sketchy at this time," he said.

A senior PGCIL executive, requesting anonymity, said, “A mix of reasons such as overdrawing by states and technical failures has led to this."

Aniek Paul in Kolkata, and Amrit Raj, Aman Malik and Sahil Makkar in New Delhi contributed to this story.