Japan wants to give rupee loan for DMIC

Japan wants to give rupee loan for DMIC

Currently, yen loans by Japanese agencies are converted into rupees by an intermediary Indian bank, which charges a premium as the loan has to be repaid in yen and the bank bears the exchange-rate fluctuation risk. 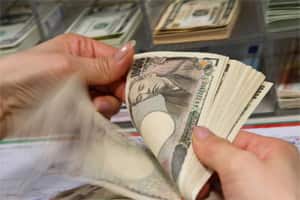 JBIC will lend $3 billion, while another $1.5 billion will be provided through official development assistance by the Japan International Cooperation Agency (JICA) to DMIC over five years. The finance ministry has agreed to give a 26% stake to JBIC in the DMIC development corporation, a special purpose vehicle (SPV) to vet the project proposals.

“The proposal will reduce the cost of the funds for DMIC as the intermediary bank charges 3.5-4% interest rate," one government official said.

The official said a positive outcome is expected from the Gopalan-led committee as such a dispensation has already been allowed to the Asian Development Bank and the International Finance Corporation.

A JBIC official in the Indian office refused to comment on the matter.

The joint statement issued by both the countries during the visit of Japanese Prime Minister Yoshihiko Noda to India in the last week of December said: “In order to effectively utilize the facility and to facilitate investments by Japanese companies, India will endeavour to resolve issues within the existing regulatory framework and guidelines of capital regulations, and an inter-departmental consultation mechanism will also be established by India to provide expeditious solutions to issues raised by Japan during the course of implementation of the DMIC project."

DMIC proposes to develop what it calls self-sustainable smart cities on either side of the 1,483km-long western dedicated rail freight corridor between Dadri in Uttar Pradesh and Jawaharlal Nehru Port Trust in Navi Mumbai.

DMIC will run across six states—Uttar Pradesh, Haryana, Madhya Pradesh, Rajasthan, Gujarat and Maharashtra—and a majority of the projects in the corridor are envisaged to be implemented through public-private partnerships.

It is touted to be the largest infrastructure project in the world, with an estimated $90-100 billion required only to set up the infrastructure over the next 30 years.