The success of INS Arihant gives a fitting response to those who indulge in nuclear blackmail, says Prime Minister Narendra Modi

At the moment it is dubbed a technology demonstrator, showing the world that India has acquired this technology but that it will take some time before India gets a deployable fleet of such submarines. However, analysts said the 6,000-tonne vessel with a range of about 750km sends a powerful signal to Pakistan and China that New Delhi’s underwater nuclear deterrence is “credible", potent and functional. This comes against the backdrop of news reports of Chinese submarines repeatedly making their presence felt in the Indian Ocean region, even as India-China ties stabilize.

The Arihant propels India into a club so far dominated by the US, France, Britain, China and Russia, demonstrating India’s technological capability to design, build and operate nuclear-powered ballistic missile submarines or SSBNs. The US leads the pack with more than 70 nuclear submarines and is followed by Russia with about 30. Britain and France have 10-12 submarines each. 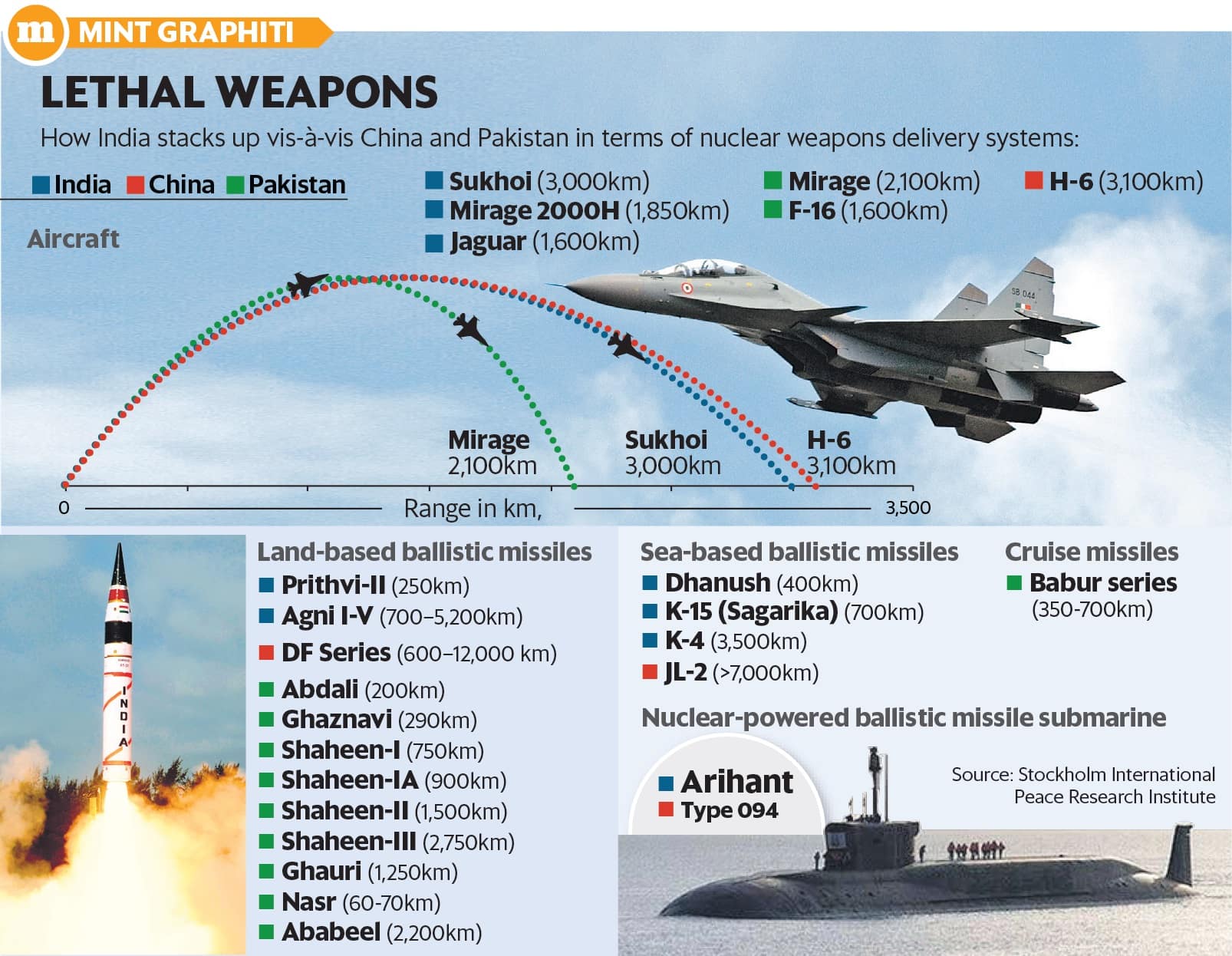 China has commissioned four Type 094 SSBNs with a Type 094A estimated to be under construction, according to reports. Pakistan only has attack submarines but there are plans to arm them with nuclear missiles, according to various reports.

“Air and land-based nuclear weapons and their delivery platforms are easier to track down than a weapon that is hidden and moving at sea. It is, therefore, a strategic asset," said a person familiar with the development.

“India’s ‘No first use’ nuclear policy mandates the setting up of a triad of air, sea and land deterrence capabilities," said Abhijit Singh, a former naval office now with the New Delhi-based think tank, Observer Research Foundation. “Policymakers and strategic experts appear convinced that the sea-based leg is the most survivable component," he said.

In comments posted on Twitter, Modi said the Arihant feat was “historic because it marks the completing of the successful establishment of the nuclear triad. India’s nuclear triad will be an important pillar of global peace and stability", underlining India’s “No first use" policy and the role of the sea-based strategic platform as a guarantor of peace. “In an era such as this, a credible nuclear deterrence is the need of the hour. The success of INS Arihant gives a fitting response to those who indulge in nuclear blackmail," Modi said in a second Twitter post.

Today is historic because it marks the completing of the successful establishment of the nuclear triad. India's nuclear triad will be an important pillar of global peace and stability.

“India is a land of peace," Modi said. “Peace is our strength, not our weakness. Our nuclear programme must be seen with regard to India’s efforts to further world peace and stability," he said.

India’s hunt for a nuclear submarine began in the 1970s but it was only in the 1990s that it launched the Advanced Technology Vessel programme, under which the Arihant came into being, to build submarines capable of launching nuclear weapons.