"storyDirectUrl"
OPEN APP
Home >Politics >News >For Muslims in the West, no place is more instructive than India

For Muslims in the West, no place is more instructive than India

For Muslims in the West, no place is more instructive than India

New Delhi: Vali Nasr is the professor of international politics at the Fletcher School of Law and Diplomacy at Tufts University in the US. An American citizen of Iranian origin, Nasr has also extensively written on the politics of Islam. He lived in Pakistan for many years studying the Jamiat-i-Islami, looking at how one of the most important organizations in the Islamic world negotiated several identities, both religious and nationalist. In Delhi to speak at the Hindustan Times Leadership Summit last week, Nasr spoke to Mint. Edited excerpts:

What does Obama’s win mean for the Islamic world?

/Content/Videos/2008-11-25/Pg21/2411_Vali Nasir Interview_MINT_TV.flv9abc56fa-ba36-11dd-9b8d-000b5dabf613.flvSIt has so far meant a great deal of hope. Muslim countries feel America has a president with a Muslim middle name, whose father was a Muslim, who grew up as a poor kid in Jakarta, who has travelled in the Third World. Therefore, they feel he may have an affinity for the problems and viewpoints of the Muslim world that other American presidents may not.

Secondly, they saw a different tune in what he was saying, not only about crises such as Iran, Iraq and the Palestinian-Israeli crises, but about the US relationship with other cultures and other people. And that was so different from the Bush administration’s rhetoric, which had antagonized and offended them.

But as President do you think we could all be a little disappointed because the change is not as far-reaching as he promised it to be?

Politics always has that element of disappointment. What is important is that any American president who has the goodwill of the Muslim world can probably do some things a bit easier. And that is welcome for the US because in the past few years they have literally hit a brick wall, people have been so frustrated they have not given an inch. Obama can persuade people to be a little more patient, a little more understanding.

You think he should get out of Iraq as soon as possible?

I think the objective is there. We have learnt the lesson from Afghanistan that if we leave a territory without someone in charge, it will break down and collapse and then you will have trouble. Under Obama the principle that we will leave Iraq exists and that is a big change from the Bush administration.

How would you compare the Al Qaeda in Iraq and in Afghanistan-Pakistan?

Under General Musharraf, Pakistan’s policy was to cooperate with the US on Arab and Al Qaeda fighters in the Fata (Federally Administered Tribal Areas) region and possibly extremists in Pakistan, but not on the Taliban. The reason is that Pakistan had unfinished business with the (Hamid) Karzai government (in Kabul) and was not committed to its success. Meanwhile, the Taliban, which lost (after 9/11) had always been an ally of Pakistan… The Pakistanis had no incentive in letting Karzai destroy the Taliban. Under Musharraf, Pakistan followed the policy of letting the Taliban use Quetta and allowed it to degenerate. The single largest failure of the Bush administration was to let Musharraf get away with this.

In your writings, you’ve spoken of Pakistan as a relatively democratic society in the Arab world. Why and how is Pakistan different? 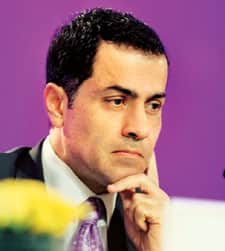 Even though it was created in the name of Islam, it was never an Islamic country in the traditional sense of the word.

I don’t think Jinnah wanted it that way. I think he saw Pakistan as a level playing field for the Muslims of India. He believed in a secular India, the people would not be religion-blind, that is Muslims would only go up so far. That is why the most secular Muslims were pro-Pakistan. The higher you were in the bureaucracy, the more educated you were, the more sensitive you were to the argument that your path to power was blocked by the fact that you were a minority.

And 60 years later, what do you think of the idea of Pakistan?

I think the idea is no longer there. Meaning, once you created Pakistan and found that a homeland for Muslims is not sufficient identity and could not keep it together, East Pakistan (Bangladesh) separated, it began to rely more and more on the one thing that kept it together, which is Islam.

The parties most prepared for that argument were the fundamentalists. So the very forces that were not in creation of Pakistan, that is the clerics and the fundamentalists, have over time come to own its definition… But Pakistan still very much has a problem at the core with its identity, and this came out very clearly under General Musharraf.

When he came in 1999, beating his chest saying how secular he was—it was very quickly known that he drinks, he gambles, his very first picture was with his two dogs, which to any Muslim means that he doesn’t pray. He talked all the time about Mustafa Kemal of Turkey. But it very quickly became clear that a country which had no other definition to keep it together, how could it so cavalierly secularize itself. And one of the reasons why the military in Pakistan has lost control of the fundamentalist debates and extremist groups is because of the risky manoeuvre that Musharraf did.

India has the world’s second largest Muslim population in the world. Do you think it has a different place in the ummah?

I don’t think it has a different place, but I think its history is much more relevant to the problems the ummah is facing everywhere else. The ummah is not aware of how important India is.

Because the whole discussion in the Islamic world is tragically too Arab focused. And I think the experiences of the Arab world is not necessarily as relevant to some of the problems Muslims are facing. For instance, all this talk about what Muslims should do as a minority, in Europe. Well here is India in which Muslims are the largest minority to have lived in a democracy, participated in elections, and debated over decades whether they should ally themselves with the BJP or the Congress, whether they should vote or not, whether it is haram ( not sanctioned) or halal (sanctioned) to do this or that in the elections. They have done it since 1950. And Muslims in Europe are trying to reinvent the wheel. The fact remains that for European or American Muslims there is no place more instructive than India. There is no democracy in the Arab world they can look to. There is no large Muslim minority which has debated whether it is acceptable to participate in secular elections in which the largest components are of a different religion. India is much more relevant than Saudi Arabia or Iran.

I think the Deoband (school) is extremely important. It was created after the Great Mutiny in 1857, after the Muslims realized that the Mughal empire is gone, jehad doesn’t work and India is going to be ruled by non-Muslim Englishmen. So the clerics came together and said, “We’ll accept that, so long as you let us live according to Muslim family law, we don’t want an Islamic state." Even the Congress accepted the same deal, which is why the Deobandi clerics did not support Pakistan as there was no reason to. They didn’t see the need for an Islamic state if the Congress allowed them to live under Islamic law.

The same issue now plays itself out in Europe. So when you have the Archbishop of Canterbury proposing that, maybe, the Muslims should have their own family law, what is he proposing? He is proposing the Deoband formula!

And yet the Arabs, who consider themselves the “purer" Muslims, reject the Indian alternative.

But Muslims of South Asia, South-East Asia and Africa are much more susceptible to looking at the Muslim world for guidance…and this is part of the problem. Look at the three South Asian countries of India, Pakistan and Bangladesh, they have the same historical Islam, and account for about a third-to-a-half of Muslims around the world. Which means Islam is really subcontinental.

This area matters to the Muslim world in real terms much more than the Arab world, but because it has no confidence in its own importance, it doesn’t stand up and proclaim its place in the Muslim world, its own vision of Islam as Islam. And that is part of the problem.