Based on his reading of new data released by the National Sample Survey Organization at the end of June, my colleague Anil Padmanabhan set off an important national debate on whether the five years from fiscal years 2005 and 2010 saw jobless growth. The data showed that the proportion of workers in the total population fell in these years, which indicated that only two million jobs were created in those years. 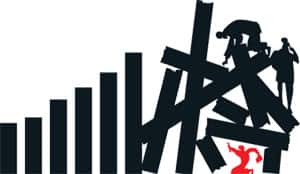 Over the last week or more, one of the topics of discussion in the pink papers has been the employment statistics that were recently published by the NSSO. Mint, which first carried the story, has now started a whole series on it, titled “The Great Jobs Debate" where people from both sides of the fence have been using the paper to argue their case as to why the data makes or doesn’t make sense. There are broadly two ways of dealing with uncomfortable questions. One, go into outright denial and if possible shoot the messenger or discredit the message. Second, the ideal way, engage in a debate that would flesh out the issues and probably open up room to spin an alternative interpretation.

More often than not, in the last two years the United Progressive Alliance (UPA), which has undoubtedly been under a lot of political pressure, has tended to react defensively to contentious issues. Last week it doled out some more of the same, when it sought to dismiss the first, politically uncomfortable, conclusions—of jobless growth—on employment data released by the National Sample Survey Office (NSSO). Some of its officials claimed, as reported by the Hindustan Times on 29 June, that the data collection methodology was faulty.

(Anil Padmanabhan is a deputy managing editor of Mint)

Over the past week, Mint has reported extensively on the findings of the National Sample Survey Office that seem to indicate that only about two million new jobs were created in the period between fiscal years 2004 and 2009, as compared with 62 million in the previous five years.

The reports have created a stir among economists and the government, with some supporting them and others criticizing them.

In an effort to keep the debate on the critical issue alive, Mint has asked some of its edit page columnists and other experts to present their points of view.

We launch the series with a column by the man behind the survey, India’s chief statistician TCA Anant. Suggesting that Mint’s reports are confused, he and his co-author Rajiv Mehta argue that the fall in the number of jobs created is on account of a radical improvement in the country’s social development indicators that has resulted in: fewer people taking up multiple jobs, and more children, young people, and women staying back in school and college.

R Sukumar’s views | A job not done, so far

(R Sukumar is Editor of Mint)

T C A Anant and Rajiv Mehta’s column | Has employment fallen in India?

The National Sample Survey (NSS) has just released some key characteristics of employment and unemployment in India based on the survey conducted between July 2009 and June 2010. Discussion on these topics in India often loosely uses language of employment and labour markets from the more developed world, with misleading and confused conclusions.

(T C A Anant and Rajiv Mehta are the chief statistician of India and additional director general of the National Sample Survey, respectively)

Key economic data released by the government on Friday shows that the first stint of the Congress-led United Progressive Alliance (UPA) generated a mere 400,000 jobs a year, compared with 12 million jobs annually during the tenure of the Bharatiya Janata Party (BJP)-led coalition, the National Democratic Alliance (NDA).

During the period 2004-05 to 2009-10, growth in the economy averaged 8.43%, delivering the politically uncomfortable message: jobless growth.