New Delhi : Every 10% increase in Internet and broadband penetration in the country could potentially lead to the addition of $17 billion (around ₹ 85,500 crore), or 1.08%, to India’s gross domestic product (GDP), said a report released on Thursday. 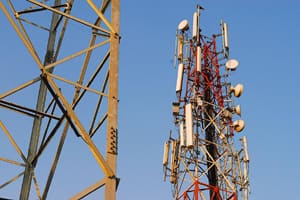 Missing previous broadband roll-out targets has cost India about $100 billion of GDP, said the India: The impact of Internetreport. It lists various policy recommendations to increase Internet usage in the country, which is low at just above 100 million users (compared with more than 800 million mobile connections).

“Delay could cost the nation millions of dollars in foregone income," the report said.

The impact on GDP will be different at various levels, said Rajat Kathuria, professor at the International Management Institute and co-author of the report. “The impact in the beginning will be low, but as the penetration ramps up and reaches a critical mass, say 20-30%, the impact will be subsequently larger then."

The report says it’s the first to quantify the impact of the Internet on GDP specifically for India.

New Internet users in India will log on mostly via their mobile phones, the report said. “Mobile Internet will also be cheaper and more convenient than any other option," it said.

However, it said the policy for the Net and broadband will have to be carefully drafted unlike for mobile telephony, as just creating “enabling conditions on the supply side worked well for mobile telephony" and also, in certain cases, the mobile paid for itself in terms of revenue generation for its users, but “demonstration of such benefits is a lot more challenging for Internet".

The report has recommended a phased approach to wiring up the country. It said Trai aims to connect all areas with a population of 500 and above with an optical fibre network, but “it will be ill-advised to create this simultaneously in all areas". It also said it will be too expensive to build the entire network from scratch and that the existing optical fibre network of Bharat Sanchar Nigam Ltd can be utilized.

Several recommendations of the report have already been put into effect and ₹ 20,000 crore will be spent to connect 250,000 gram panchayats across the country, said R. Chandrashekhar, secretary, department of telecommunications and DIT. “India will have 175 million broadband connections by 2014."

The supply of broadband is not likely to create its own demand and there is “a need to push services, applications and usage", the report said.

It added that affordability was the key to adoption, and based on the prior experience of cable TV and mobile phones, a price point of around ₹ 200 per month can trigger brisk demand-side expansion of Internet services in India. The report called on the regulator to mandate all service providers to offer a basic Internet package at this rate.