New Delhi: The government wants all Central universities to implement a course long run by the Indian Institutes of Technology (IITs) to fill the vacant quota seats for other backward classes (OBCs).

The ministry of human resource development, which oversees education, is considering a proposal to introduce preparatory courses at the Central universities to enrol quota students who fail to secure admission. The year-long feeder course would coach them for admission to the varsities. 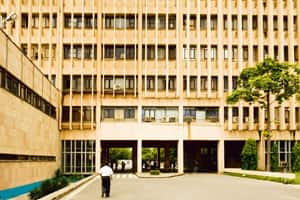 Showing the way: A photo of IIT Delhi. IITs have allowed ST and SC candidates who do not clear the joint entrance examination to take preparatory courses—and then gain admission in the next session. Harikrishna Katragadda / Mint

The petition filed by former IIT-Madras director P.V. Indresan argued that the 432 vacant quota seats for OBCs, scheduled castes (SCs) and scheduled tribes (STs) be filled by general category (GC) candidates. The ministry in its 27 September reply, reviewed by Mint, suggested: “A workable solution to prevent seats remaining unfilled without compromising on merit is available in the model followed by the IITs..."

The IITs have allowed ST and SC candidates who do not clear the joint entrance examination (JEE) to take preparatory or prep courses—and then gain admission in the next session.

The government further argued that “if this model is replicated for the OBCs by Central educational institutions even though in the first year there may be some vacancies, but in successive years there would be no vacant seats in the OBC category".

The court later ruled that the vacant quota seats in Central universities be filled with general candidates by the end of October, which has not happened yet. A top government official said the ministry wants to implement the idea by this year so “from the next academic session, the Central universities could begin with such courses to do justice to the reserved category seats if students from the categories don’t qualify for them". He spoke on condition of anonymity.

The proposal comes in the wake of implementation of 27% quota for OBCs in Central educational institutions this year, which has led to several vacant seats in the category. While reserving seats in a staggered manner, the Central universities have also increased the number of seats to ensure seats available for GC students aren’t affected.

At the 13 IITs, which implemented a 9% quota for OBCs this year, just 20 out of 654 seats for the category remained vacant. But at the six new IITs, only seven out of 54, or 12%, of the seats reserved for ST students have been filled.

Even with the prep course, the older IITs have faced problems in finding students for reserved seats in the SC and ST categories—up to half the seats in the categories have remained vacant.

This is the first time that slots have gone vacant at the six new IITs in the absence of admissions for the preparatory course.

At IIT-Guwahati for example, out of the 47 prep students admitted, 13 dropped out. “Those seats will now go to waste as there is no provision for carrying forward the seats in such courses. Once the institutes implement 27% quota for OBCs, such cases are likely to rise leading to more wastage of seats,’’ the official said.

But IIT-Madras director M.S. Ananth says he would strongly recommend the preparatory course for Central universities. “Through this model, all the SC seats at the IITs have been successfully filled and, of late, there has been improvement with regard to the ST seats as well," he said. “In fact, our experience shows that preparatory course students do better than the quota students who get entry to the IITs through JEE."