New Delhi: The ministry of urban development is considering guidelines for states to set up municipal services regulators—a move that could remove utility pricing from the ambit of politicians, while also ensuring standards.

The guidelines will provide a framework to oversee municipal services such as water, solid waste management and sewage.

The draft is expected to be ready by March next year, after which the ministry will work with cities to refine the draft, said a senior urban development official. 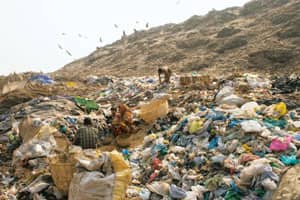 Cleaning up: A garbage dump in Ghazipur. A watchdog agency for municipal utlities would provide much-needed direction to services such as solid waste management, water distribution and sewage. Madhu Kapparath / Mint

Currently, most Indian states do not independently regulate municipal services. Analysts say some, such as Gujarat and Karnataka, are considering the establishment of water regulators.

“The regulator will help you define (service) parameters," said the official, who did not want to be named because he was not authorized to speak to the media.

“At the moment, the biggest problem is that there is no definition of service levels," the official said. This, coupled with the “over-emphasis" on creating assets as opposed to maintenance, is leading to sub-standard municipal service delivery, the official said. The official said any such regulator need not necessarily increase prices and that municipalities could achieve a lot by just rationalizing pricing models.

The move comes even as the urban development ministry completes a benchmarking exercise to ascertain current service levels of utilities such as water, solid waste management and sewage in 27 cities across the country. The benchmarking, which the ministry touts as the first of its kind, reveals actual service levels provided by these municipalities and identifies areas for improvement.

The results are surprising, said the official. Half the water supplied by utilities across the country does not bring them any revenue, leading to losses.

“Today, there are many frameworks that are missing in the urban sector, for example, how does one move towards investment and pricing in relation to current service levels," said S.R. Ramanujam, chief executive officer of ratings firm Crisil Risk and Infrastructure Solutions Ltd. “A regulator puts these in place—sector performance, and how it should be improved, measured, rewarded or penalized."

“I think it (municipal services regulator) is needed in the urban sector," Ramanujam said. “Many people are at a crossroads and they need somebody to tell them the right way. A regulator can provide this guidance."