New Delhi: The Enforcement Directorate (ED) has sought the finance ministry’s nod to approach authorities in Iraq, Lebanon and Jordan for details on whether Mukesh Ambani group’s Reliance Petroleum Ltd (RPL) paid anything extra to Saddam Hussein’s regime to secure oil contracts under a UN programme. 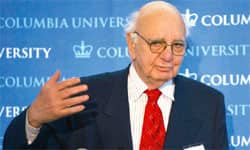 Back in focus: Former US Federal Reserve chairman Paul Volcker headed the UN probe into the oil-for-food programme in Iraq. Chip East / Reuters

As per the Volcker report, authored by former US US Federal Reserve chairman Paul Volcker, a surcharge of at least $3.5 million (around Rs17 crore) was paid in respect of the three contracts to an Iraqi account maintained with Jordan National Bank in Jordan through wire transfers from First National Bank in Lebanon.

ED has sought the go-ahead from the department of revenue for issuance of letters of request under Foreign Exchange Management Act (Fema), while noting that the Volcker report on UN’s Oil-for-Food Programme has mentioned RPL as the “non- contractual beneficiaries" in three oil contracts allocated by Iraq’s State Oil Marketing Organization.

“In order to obtain confirmation to this effect, as also to obtain supporting documents," ED said, it proposes to approach the authorities in Iraq, Jordan and Lebanon.

Asked about the development, a Reliance Industries Ltd spokesperson said: “We have not violated any rules and regulations laid down by RBI or Fema."