Assam has excluded four million people from its National Register of Citizens (NRC). Now, it doesn't know what to do with them

Kokrajhar/ Guwahati: Shobhna Khatoon nervously paces the National Register of Citizens (NRC) seva kendra in Assam’s Kokrajhar district. At 60, she is suddenly staring at a future without her husband, Shahid Ali. While Ali and her sons have made it to the final draft NRC, released in Assam on Monday, Khatoon has been left out.

“I had submitted my father’s legacy data, since he had been on the 1951 NRC list. We have submitted all documents in accordance with what was asked. I do not know why I have been singled out. We heard that illegal Bangladeshi Muslims are being dropped from the list, but we have been here since decades," Khatoon said.

The bewilderment that plagues Khatoon has begun to spread like wildfire across Kokrajhar district, 100km shy of the India-Bangladesh border. Men, women and children sit huddled at the NRC seva kendras in Kokrajhar, hoping to be told by authorities that a mistake had been made; that the omission was merely an accident.

“My daughter and my husband have got through, but I have been left out. Has a mistake been made? What will happen if my name is not there at all? Some people are saying I will be thrown out of India. My daughter is three years old, what will happen to her?" said Urmila Burman, who finds herself in the same boat as Khatoon.

Other than the shock of being “left out", there is a common thread that binds the likes of Khatoon and Burman—the lack of any knowledge on what to do next.

Prateek Hajela, state coordinator of the NRC Assam, has a very clearly demarcated plan of action ahead—one that is fair and free of bias—even as in West Bengal Mamata Banerjee begged to differ on the matter, claiming that the Bengali population was being singled out. “People who have been left out now have to once again furnish legacy documents, from the 1951 NRC to the electoral rolls of March 1971. Even if they submit the same documents that they did the first time around, we will carry out our investigation from scratch so that no genuine case is left out," Hajela told Mint. 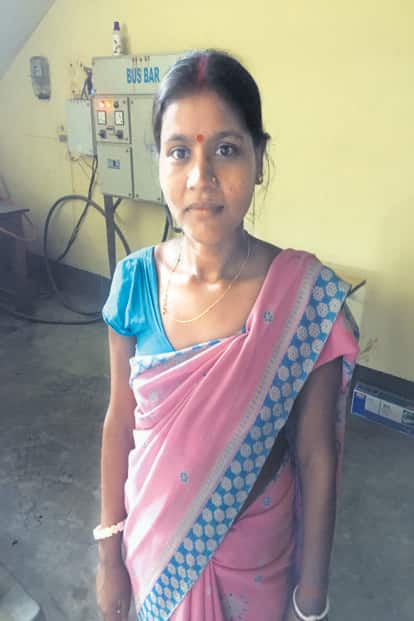 “My daughter and my husband have got through, but I have been left out... What will happen if my name is not there at all?, asks Urmila Burman, a resident of Kokrajhar district

There is, however, one small logistical issue. The assurances Hajela and the central government have offered have failed to reach the grassroots —especially areas such as Kokrajhar. Even as the people who have been left out of the list are now required to file their claims and objections from 30 August, along with the requisite documents, the message has yet to reach the hinterlands of a state, where people are staring at a future where they are likely to lose their homes and their families.

Khatoon clutches the documents and frantically goes from one window to the other, at the local seva kendra, only to be asked to go home and wait. Her frustration has begun to get the better of her.

“What do I do? Where do I go? We have not been told anything. If we apply in August again, will I get through? What is the process and who do we give the forms to?" she asked. Even as 28 million have made it to the list out of the 32 million who had applied, Hajela adds that some people included in the 28 million could find themselves excluded from the list, upon inspection. Additionally, the 4 odd million whose fates hang in the balance now, have been given three options. “They can come with a fresh set of documents which are correct. Or they can provide us with a mix of documents which will include a part of the old documents and some fresh ones. Or finally they can resubmit what they had submitted earlier and we will consider all three cases equally," Hajela added.

As the rains knife through Assam, Hossain and his wife Saeeda Begum wait patiently under a tree, every day for weeks together, outside the Kokrajhar district jail. They wait to meet Hossain’s “sister" who has been languishing at the jail, which doubles up as a detention centre.

Thus far, they have not had any luck. They travel from Shantipur, which is 60 km from Kokrajhar, each month to visit her.

Having already been deemed a “foreigner" by the foreigners’ tribunal in Assam, Hossain’s sister has no way out of the situation now. Hossain is trying one last time to apply for inclusion in the final list of the NRC, before the family is fragmented.

This “detention camp", however, is far from ideal.

A National Human Rights Commission study in January 2018 stated that even as Assam had six detention centres in jails, in the absence of any formal agreement between India and Bangladesh to deport persons who have been labelled foreigners by the foreigners’ tribunal, “there is no prospect of their eventual freedom from this incarceration. At present, it appears that they may actually be detained for the rest of their lives."

The detainees in these centres are not allowed to legally communicate with their family members, the NHRC report adds— a factor that Hossain and his wife are not aware about. In these jail-turned-detention centres, while there are no recreation facilities; the inmates are not allowed to work, for “work is seen by jail authorities as the right of prison convicts, because they are Indian citizens," and parole is denied to the detainees even in case of sickness or death of family members.

‘there is no prospect of their eventual freedom from this incarceration. At present, it appears that they may actually be detained for the rest of their lives’

Even as NHRC highlights the “situation of grave and extensive human distress and suffering" in two of these detention centres—in Kokrajhar and Goalpara—the Centre has made no alternative arrangements to house or rehabilitate people who are omitted from the final list.

“Even if 10 lakh people are finally declared stateless, it is a huge number. Guidelines must be issued soon by the Supreme Court, failing which we will attract unwanted international attention," said Nani Gopal Mahanta, head of the department of political science at Gauhati University. Mahanta also added that this situation would ultimately “have massive physical and political ramifications."

Of the four million who have been excluded from the draft NRC, 2,48,000 cases have been put on hold, including the D-voters (doubtful voters), their descendants and people whose cases are pending before the foreigners’ tribunal.

However, senior police officials also added that like Hossain, who is fighting for his sister’s release, several other detainees are also looking at their next of kin for a chance at survival. “A majority of the people in the detention centres are Muslims and are categorised DFN (declared foreign national). But their relatives are still trying to re-apply to the NRC on their behalf, so that they make it," said a senior Assam state police official, seeking anonymity.

The Union home ministry is vociferous in its claims that no one will be deemed a “foreigner" yet. However, speaking to Mint, Union home minister Rajnath Singh stated that “after the final list is out, if people are left out, they can approach the foreigners tribunal." But for the likes of Hossain, moving a foreigners’ tribunal is an exercise in futility. “We have no money left to get a lawyer who will fight our case. My sister is in a detention centre (Kokrajhar) and we have no way of even communicating with her," Hossein added.

The United Nations High Commissioner for Refugees (UNHCR) has laid down guidelines, set in stone, for detention centres. However, barring the six detention centres spread across Assam, there are no provisions to house those who will eventually be rendered “stateless. “Detention must not be arbitrary, and any decision to detain must be based on an assessment of the individual’s particular circumstances; conditions of detention must be humane and dignified," the UNHCR states, among a host of other guidelines that govern statelessness, asylum and detention.

However, even as Nani Gopal Mahanta, quoted above, stated that this entire exercise had the potential to sow seeds of violence in the state. Genocide Watch—an international organisation that seeks to pre-empt and prevent genocide and mass murder—has already issued an “early warning of potential genocide," dubbing it as stage 7 alert. The organisation says that, “when Bengali Muslims in Assam are imprisoned in “foreigner" detention centres, the situation will move to Stage Eight: Persecution, the stage immediately preceding full genocide."

Meanwhile, Shahin Ahmed remains hopeful. Ahmed, who drives a cab in Silchar town in the southern district of Cachar, had managed to dig out the passport of his grandfather, issued in the 1950s. He also managed to produce documents showing ownership of ancestral properties. On the strength of these documents, eight in his extended family, including his parents, have been recognised as Indian citizens, but three have been excluded from the final draft. These are his younger brothers aged 13-18 years, all born in Silchar.

He had submitted birth certificates issued by the local civic authorities in support of his brothers’ applications, but it appears that the documents have not been held as authentic, he says.

Hope has been reduced to scraps of paper in Assam’s twilight zone.

Aniek Paul contributed to this story.