New Delhi: Giving relief to about 46 lakh subscribers of over 2,700 private PF Trusts, the finance ministry has extended the income tax exemption for them till 31 March 2013. 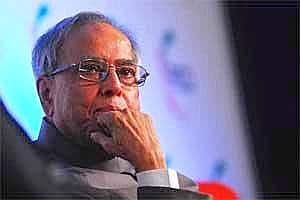 “The government has extended the income tax exemption for all unrecognised private PF trusts till 31 March next year. The amendment was incorporated in the Finance Bill which was approved by Lok Sabha yesterday," a finance ministry official told PTI.

In 2006, the then finance minister P Chidambaram had made it mandatory for all private PF trusts to seek exemption certificates from the labour ministry within a year for enjoying the tax benefits.

Since all these trusts could not get the exemption certificates in that year (2006-07), successive budgets have given annual waiver on request from the labour ministry.

Out of 2,700 trusts, only 284 had so far been given the exemption certificates from the labour ministry while 400 applications were under process.

In March this year, labour minister Mallikarjun Kharge had written to finance minister Pranab Mukherjee to consider extending the time-limit for private PF trusts to seek exemption from income tax on retirement benefits.

“I would also request to consider extending time-limit expiring on 31 March 2012, for private PF Fund to get exemption for EPFO Act to up to 31 March 2013 so that enough time is available to process the eligible cases by EPFO," Kharge had said in his letter.

In his letter Kharge had said that the process of issuing exemption certificates to these trusts would be expedited and completed within the current fiscal.