With future in mind, EU plans for less unanimity

With future in mind, EU plans for less unanimity

Brussels: For decades, any European Union (EU) nation could block proposed laws in the most sensitive policy areas, such as taxation, consigning them to the scrap heap if they encroached too much on its power. 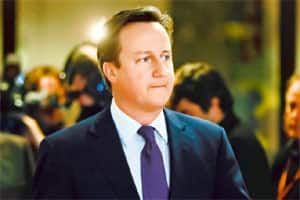 Acknowledging the growing risk of national vetoes in a bloc of 27 nations, legislators are coming up with plans that are intended to work with smaller groups of countries if—or rather when—all 27 fail to agree.

The move, which reflects the growing fragmentation of the EU, is a significant shift from the principle that has dominated the EU for decades: that every member state should move together toward ever closer union.

Tensions over legislation drafted in this new way helped prompt the spectacular dispute at the European summit meeting in December when Prime Minister David Cameron failed to achieve new safeguards from EU laws for Britain’s financial services sector, which he believes is increasingly under threat. In retaliation, he blocked a proposed treaty change aimed to help strengthen the euro.

Under EU rules intended to reinforce cooperation among smaller bands of nations within the union, groups of at least nine nations may go ahead with legislation if agreement has stalled. This change was agreed to more than a decade ago, but the process can begin only after all 27 countries have been through the time-consuming process of trying and failing to agree. So far, that has happened in only two cases, but others in which this principle may apply are working their way slowly through the system.

Two pieces of draft tax legislation opposed by Britain have been drawn up in a way that ensures that they could work without the British if necessary. Moreover, they seem designed to operate in a way that could prevent Britain from gaining a big competitive advantage from staying outside the plan and undercutting other nations that adopt it.

The most sensitive proposal involves a financial transaction tax, which has been proposed by the European Commission and which could annually raise about €57 billion (about $74 billion) starting in 2014. Under the plan, the tax would be levied at a rate of one-tenth of 1% on all transactions between institutions. Derivatives contracts would be taxed at the rate of one-hundredth of 1%.

French and German policymakers see this “Robin Hood tax" as a way of discouraging speculative transactions and of recovering cash from the bankers who provoked the financial crisis.

With its finance centre in the City of London, Britain would generate a huge chunk of the revenue. But it fears that unless a global system were set up, banks would simply relocate from London to New York, Singapore or other lower-tax domains. The British government points out that even a study by the European Commission, the executive arm of the European Union, suggests that the tax could reduce European gross domestic product by 1.76%.

Thus, Britain's veto, blocking the proposal from being carried out among all 27 nations of the European Union, would not prevent nine or more nations that wanted to go ahead from doing so under the reinforced cooperation rules.

In principle, this would allow Britain to continue as a partial tax haven, but in fact it would not be entirely immune from the new measure. Crucially, a clause in the proposed law would affect banks in the smaller band of nations even if they operated in Britain, so a German bank, for example, would pay the tax on some transactions in Germany under the current draft, even if it operated in the City of London.

Similarly, moves to harmonize the base on which corporate taxes are assessed in Europe could also work among a smaller number of nations even if Britain (which has so far opposed the plan) did not take part. Large corporations operating across borders would be able to opt for a unified tax system in the countries that sign up for the plan. That would simplify tax issues for companies operating in the participating nations and might even tempt some to relocate to them at the expense of Britain, which is likely to stay out.

“Obviously, these proposals are both on the table for 27 member states, and we would like to see them agreed by the 27," said Emer Traynor, spokeswoman on taxation for the European Commission. “However, if that is not possible, these proposals are also workable if done by a smaller group. It is still completely feasible for a smaller group of member states to go ahead with them and deliver big benefits."

Despite Britain's December veto of the treaty change on the euro, no additional protection for financial services was secured by the British. Neither of the two tax plans have yet been discussed fully by the 27 member nations, and smaller groups of countries could not contemplate forging ahead unless they were rejected.

The new way of designing laws is not always aimed against Britain. The British have, in fact, joined one plan, which aims to build a European system for patent protection for inventions. But the shift in the way the union is legislating is significant because it changes the rules of the game.

More than a decade ago, Britain blocked plans for a withholding tax on savings intended to ensure that savers could not evade tax in their home country by opening accounts in other European nations. Though completely isolated, Gordon Brown, then chancellor of the Exchequer, was armed with a veto and rejected the plan. Instead, he persuaded most other member states to adopt a British idea of exchanging information on savings accounts to crack down on tax cheats.

Current proposals for a financial transaction tax and for the consolidated corporate tax base seem constructed to reduce the leverage of such a veto threat.

Some European officials argue that Britain, which has long promoted the idea of a more variable model of European integration, with countries free to pick and choose the degree of cooperation, is now experiencing the downside. Laws are now being drafted in the knowledge that Britain may not take part and so are designed to prevent it from reaping a competitive advantage by staying out.

“People talk about tax measures continuing to be subject to unanimity," said Philip Whyte, a senior research fellow at the Center for European Reform in London, “But you could have this type of reinforced cooperation in an area covered by unanimity and with a country not taking part being affected by the measure."