Home >Politics >News >Who will be the President? This time, it matters

Who will be the President? This time, it matters

Who will be the President? This time, it matters

New Delhi: Pratibha Patil wakes to the sound of trumpets and horse-backed riders in the cobbled courtyard of her magnificent palace in New Delhi, she walks on a treadmill, prays at her private temple and prepares for a long, hollow day.

That’s how it has been for Patil and her 11 predecessors as President of India: a grand office and an opulent home with liveried attendants, but almost no power. 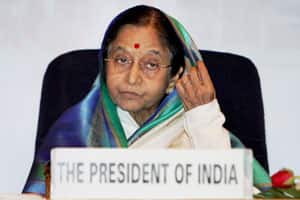 For the first time since India became independent 65 years ago, it may have a President with political clout.

That power will flow from a prerogative that effectively gives the president a casting vote when no one political party has a clear mandate to rule - the likely outcome of the next national elections due by 2014.

A politically driven President - and the leading contender for the job, current finance minister Pranab Mukherjee, is certainly that - could also take advantage of India’s vaguely worded constitution to influence legislation in a parliament splintered by many parties and alliances.

He could also use his power to dissolve an impossibly fractured parliament, and delay or even scupper legislation by withholding the required presidential assent.

“The role of the President will be critical after the next general elections," wrote M.J. Akbar, a former Congress party lawmaker, in the India Today weekly. “In theory, a President is above politics; in practice, he is what he chooses to be."

Sonia Gandhi’s Congress Party, which leads today’s coalition government, has seen its popularity crumble after a run of corruption scandals and scant progress in taming inflation, while the main opposition Bharatiya Janata Party (BJP) is riven by squabbling leaders and hardly more ready for an election.

Unless there is a radical change in the fortunes of one of these two national parties, the next general election should yield a ‘hung parliament´ and both will scramble to prove to the President that - with coalition partners - they command a majority of seats in parliament and therefore the right to rule.

Both might fail to cobble together required numbers for a parliamentary majority, leaving the way open for a fragile rainbow coalition - a so-called “Third Front" - to claim power.

The constitution is silent on who the president should appoint in such cases: the party with the most parliamentary seats or the alliance with the most credible claim that it has a workable coalition?

In effect, it may be down to the judgment - and perhaps political preference - of the president to name the prime minister.

Framed in 1949 after the Westminster model, India’s constitution made the president a ceremonial head like the queen in Britain. However, the authors omitted to mention whether that model should be strictly followed, leaving it ambiguous.

“This is a role that has been governed by convention rather than norm," said K.K. Venugopal, a constitutional expert.

The Supreme Court has ruled that the president is not a mere figurehead but a moral authority who may stay in touch with the prime minister on matters of national importance and policy.

So, without ever becoming a parallel political centre of power, the president can choose to influence the government - though few have chosen to flex their muscles and indeed most have been happy to play a passive, ceremonial role.

Zail Singh, a president during the 1980s, contemplated dismissing the government led by Sonia Gandhi’s husband, Rajiv Gandhi, after it became embroiled in a massive defence procurement scandal - but he didn’t.

“The problem is, some presidents have allowed brow-beating by governments," said B.G. Verghese of the Centre for Policy Research think tank.

There have been some precedent-setting presidents, however.

In 1999, following an inconclusive general election, Sonia Gandhi stood amid camera flashlights in the sweltering forecourt of the President’s palace and announced that Congress and its allied parties together had 272 seats in the 545-strong lower house of parliament, enough to form a government.

Then-president K.R. Narayanan was not convinced by her claim and allowed the BJP to form the government, which subsequently fell after a key ally pulled out of its coalition.

His predecessor, former Congressman Shankar Dayal Sharma, also exercised his discretionary powers, choosing the BJP over its rival after inconclusive elections in 1996.

Finance minister Mukherjee, who now appears to have accepted that he will never fulfill his ambition to become prime minister, has his sights set on the presidency. Breaking with a tradition of meekly waiting to be asked to take the role, he has made his new goal abundantly clear, telling an Indian newspaper that he loves the lawns of the President’s Palace.

However, he is unlikely to be content sauntering through rose gardens and banqueting with royalty on trips abroad.

Although 76, he is still one of India’s most influential and politically astute leaders. Adept at backroom broking between Congress, its mercurial coalition allies and opposition parties, it is unlikely that a President Mukherjee would follow in the footsteps of his more passive predecessors.

His negotiating skills could be useful if there are several groups claiming the right to rule after the next election. But Congress leaders are calculating that, as a stalwart of the party for decades, Mukherjee would lean their way.

If Congress does win the mandate to form a government, Sonia Gandhi’s son, Rahul, will probably become prime minister.

“It would be naive for the Congress to not want a political president at such trying times," said a Congress leader who asked not to be named amid the behind-the-scenes jockeying for what could be a king-maker presidency.

Historically, the country’s political parties have tended to agree on a candidate ahead of the election, which means they have stood virtually uncontested in the proportional representation vote by parliament members and state lawmakers.

There are still several horses in the race - among them the current vice-president, retired diplomat Hamid Ansari, and Patil’s predecessor, rocket scientist A.P.J. Abdul Kalam. Patil could even be nominated for a second term. But political sources say Mukherjee has emerged as the front-runner.

Sonia Gandhi is expected to announce her nominee for the 13th President of India soon.

There have been doubts that she will endorse Mukherjee, who is seen as a Congress party man but not a Sonia Gandhi man. Party insiders say she has never wholly trusted him since his alleged bid to become prime minister following the assassination of her mother-in-law, Indira Gandhi, in 1984.

She may be left with no choice, however, as Mukherjee is emerging as perhaps the only candidate who would be acceptable across the country’s many party lines.