A new decision from the Supreme Court could provide some reassurance to foreign companies with a presence in India. In a landmark judgment on Thursday, the court overruled its earlier decisions on the matter. As per the judgment, individuals and organisations cannot get interim relief from Indian courts for an arbitration case that’s going on overseas. It effectively removes the uncertainties that entered the 1996 Arbitration and Conciliation Act. 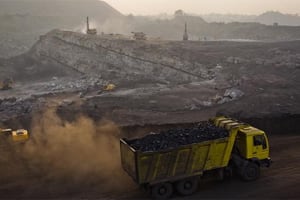 A move by State Bank of India could trigger a broader reduction in interest rates. On Wednesday, the giant public sector bank slashed the rates for many deposits. For deposits under Rs15 lakh the rates are down by a full percentage point. Deposits of this kind that mature between 241 days and a full year will return just 6.5%. The previous rate was 7.5%. Similar maturities worth more than Rs15 lakh will now yield 7.5%. That’s from the earlier level of 8%. Any cut in deposit rates usually translates into reductions in lending rates as well, because the cost of money for banks goes down.

Anil Ambani laid out a four-part strategy to cut debt. The first part is increase productivity to increase cash flow. The second is monetising assets. Part three of the strategy is selling off stake in R-Com’s towers business, Reliance Infratel. And the fourth is listing the company’s undersea cables business. In the past, R-Com has struggled in its attempts to sell stake in its towers business and list its underwater cables unit.

Government-owned insurance giant LIC is looking to embark on an ambitious drive to life cover to all Indians. Mint has learnt that LIC is preparing to greatly expand its sales force to meet this target. It will also strike agreements with banks as part of the programme. LIC’s plan is due to be completed in about two months, after which it’ll go to the company’s board for approval. The plan could end up costing about ₹ 2 trillion. LIC currently has ₹ 13 trillion worth of assets.

India’s biggest car company intends to cut its dependence on imports drastically. We’ve learnt that Maruti Suzuki wants to slash its import bill by 75% by 2015. The company is hoping this will protect it from currency fluctuations. Almost every part in Maruti cars come from Indian vendors, but those vendors import about a third of their content.

Hero MotoCorp plans an ambitious overhaul of its range of two-wheelers. Managing director PawanMunjal said his company would replace all models developed by its old partner Honda. Munjal said Hero would work with new technology partners to replace all old lines in the next three years.