Singapore retains top spot in the study, which ranks countries on the ease of doing business

New Delhi: Singapore retained its top spot in the International Finance Corp.’s 2013 edition of the Doing Business study, which ranks countries on the ease of doing business. India retains its rank of 132, below Bangladesh at 129 and Ghana at 64 but ahead of Madagascar at 142 and Philippines at 138. India is also ranked lower than Sri Lanka (81), China (91), and Brazil (130).

Interestingly, India is not among the 10 economies that have improved the most. Poland (rank 55) tops this list, with Sri Lanka (81) coming second and Ukraine (137) third. Still, the report said the two “BRICs" , India and China, rank among the top 50 improvers since 2005 and have implemented regulatory reforms particularly in the early years of the Doing Business survey.

China is ranked 12 among the top improvers while India ranked 27. 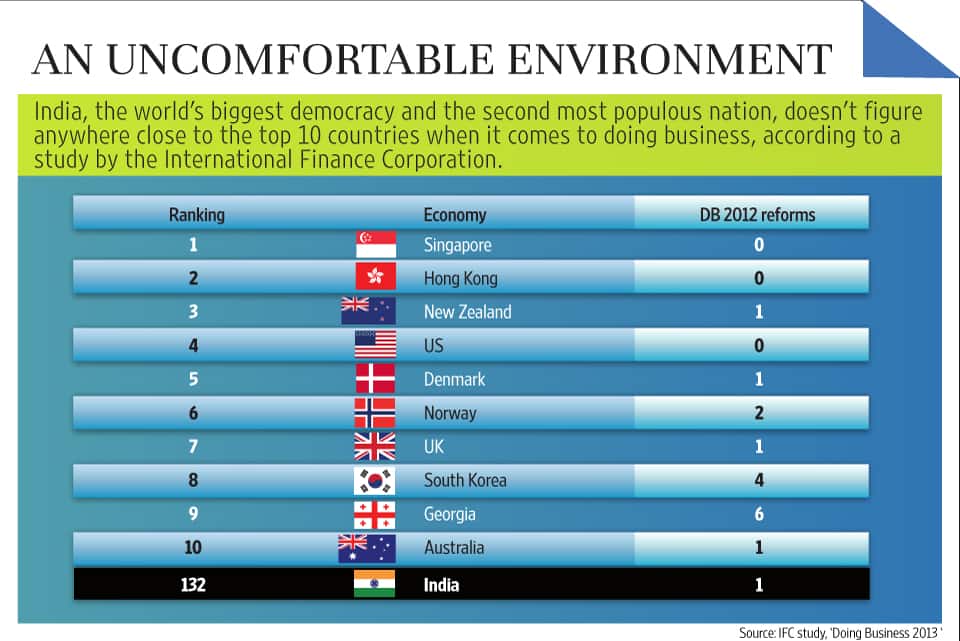 The 10 parameters considered for the ranking are:

1.Making it easier to start a business

2.Making it easy to deal with construction permits

3.Making it easy to obtain an electrical connection

4.Making it easy to register property

5.Making it easy to get credit

7.Making it easy to pay taxes

8.Making it easy to trade across borders

9.Making it easy to enforce contracts

10.Making it easy to resolve insolvency

The report said that dealing with construction permits in India remains a cumbersome process with applicants having to comply with as many as 34 requirements. This, despite India’s move to reduce the time required to obtain a building permit by establishing strict time limits for pre-construction approvals.

And India also takes one of the longest time (1,420 days) to enforce contracts, the report said.

Pointing out the positive impact of regulatory reforms in India, the report pointed out that a study found that progressive elimination of the “licence Raj"—the system regulating entry and production in industry—led to a 6% increase in the number of new ﬁrm registrations. 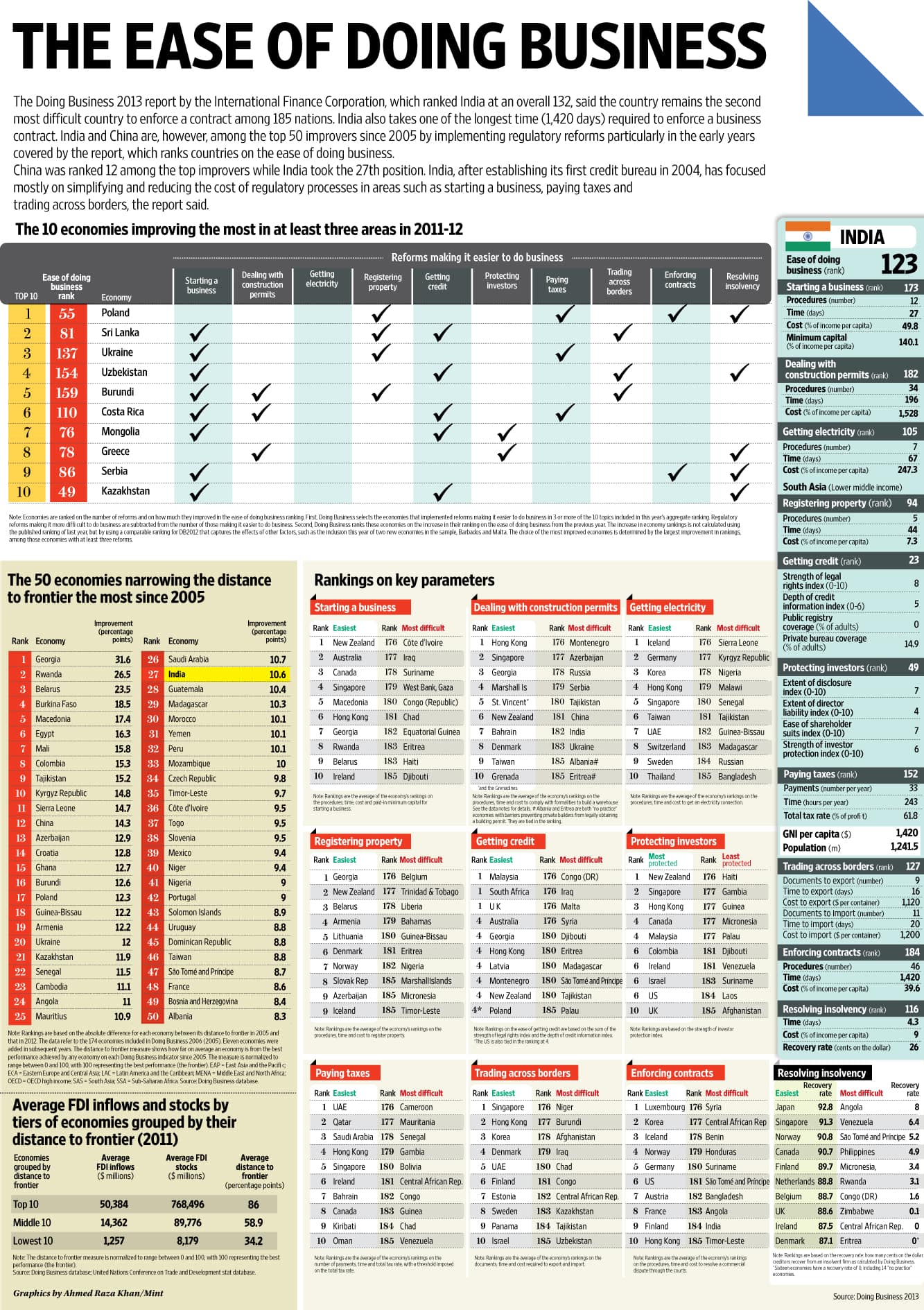 Another study found that simpler entry regulation and labour market ﬂexibility were complementary-- in Indian states with more ﬂexible employment regulations, the number of companies in the informal or unorganized sector decreased by 25% more, and real output grew by 18% more, than in states with less ﬂexible regulations.

“A third study found that the licensing reform resulted in an aggregate productivity increase of 22% among the ﬁrms affected," the report said.