New Delhi: The empowered group of ministers (eGoM) looking into the rules that will govern the upcoming auction of second-generation (2G) telecom spectrum, has again postponed the crucial decision on the base price. 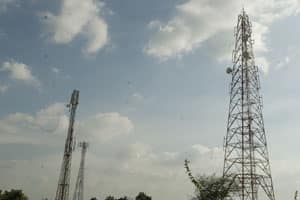 “The roll-out obligations have been enhanced slightly. The winners will have to roll out their services in 10% of DHQs (district headquarters) by the third year, 20% of DHQs in the fourth year and they have to cover 30% of DHQs where they have won spectrum by the fifth year," said a senior department of telecommunications (DoT) official who was present at the meeting, on condition of anonymity.

The Telecom Regulatory Authority of India (Trai) had earlier recommended coverage of 50% of villages, with more than 2,000 people, in three years, and 100% coverage of the country in four years from the spectrum allocation date by the operators that win spectrum in the auction.

The 2 February apex court decision that cancelled 122 telecom licences and spectrum allocated to nine firms, also ordered the government to auction the spectrum by 2 June. This was later extended to 31 August.

Trai had recommended a base price of Rs3,622 crore per Mhz of spectrum, in the 1,800Mhz band to be auctioned, which would have amounted to a minimum payout of Rs18,000 crore for the 5Mhz across the country needed to start services by a new operator. Trai had said that the effect of the recommended reserve price will be around Rs0.05 per minute to consumers, something that telecom service providers say is impossible. The telecom operators stand by their calculations that the effect will be an increase of as much as 100% on current tariffs.

A senior DoT official said the ministry wants to reduce this to Rs12,000 crore.

The eGoM has been unable to take the key decision for more than a month now as the earlier chairman, former finance minister Pranab Mukherjee, resigned in order to file his nomination for the coming presidential elections. Subsequently, Prime Minister Manmohan Singh appointed agriculture minister Sharad Pawar as the head, but he recused himself from the position on the grounds that he did not want to be dragged into the ongoing investigations into the allotment of 2G spectrum.