New Delhi: A defence ministry investigation found no foul play in the purchase of 12 helicopters from Italy’s Finmeccanica unit AgustaWestland, a senior government source with direct knowledge of the matter said on Friday.

Last month, Indian defence minister A. K. Antony had ordered a probe by the defence secretary into the purchase because of alleged irregularities.

“The probe is over and no foul play has been found," the source, who asked not to be named, told Reuters. 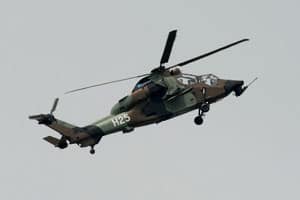 Given the history of graft in Indian defence contracts, the current minister is known to be very cautious about possible wrongdoing, as the government struggles to handle corruption scandals in telecom and other sectors.

The contract for 12 AW101 helicopters was awarded after a comprehensive evaluation, following 17 months of negotiations that ended in February 2010, AgustaWestland said last month.

The government, which had earlier issued a letter of intent to AgustaWestland, was likely to give its final approval to the deal, the source said.