The number of mobile Internet users stood at 173 million at the end of December 2014, according to a report

New Delhi: With the increasing penetration of smartphones, the number of mobile Internet users in India is expected to reach 213 million by June 2015, a 23% jump over six months, according to the Mobile Internet in India 2014 report released on Tuesday.

Urban India, however, will continue to account for a large percentage of mobile Internet users across the country and is expected to reach 143 million by March 2015 and 160 million by June 2015, according to the report.

The report also stated that the average monthly mobile bill for users has increased by 13% to ₹ 439. The proportion of this amount spent on mobile Internet was 45% last year and has increased to 54% this year. 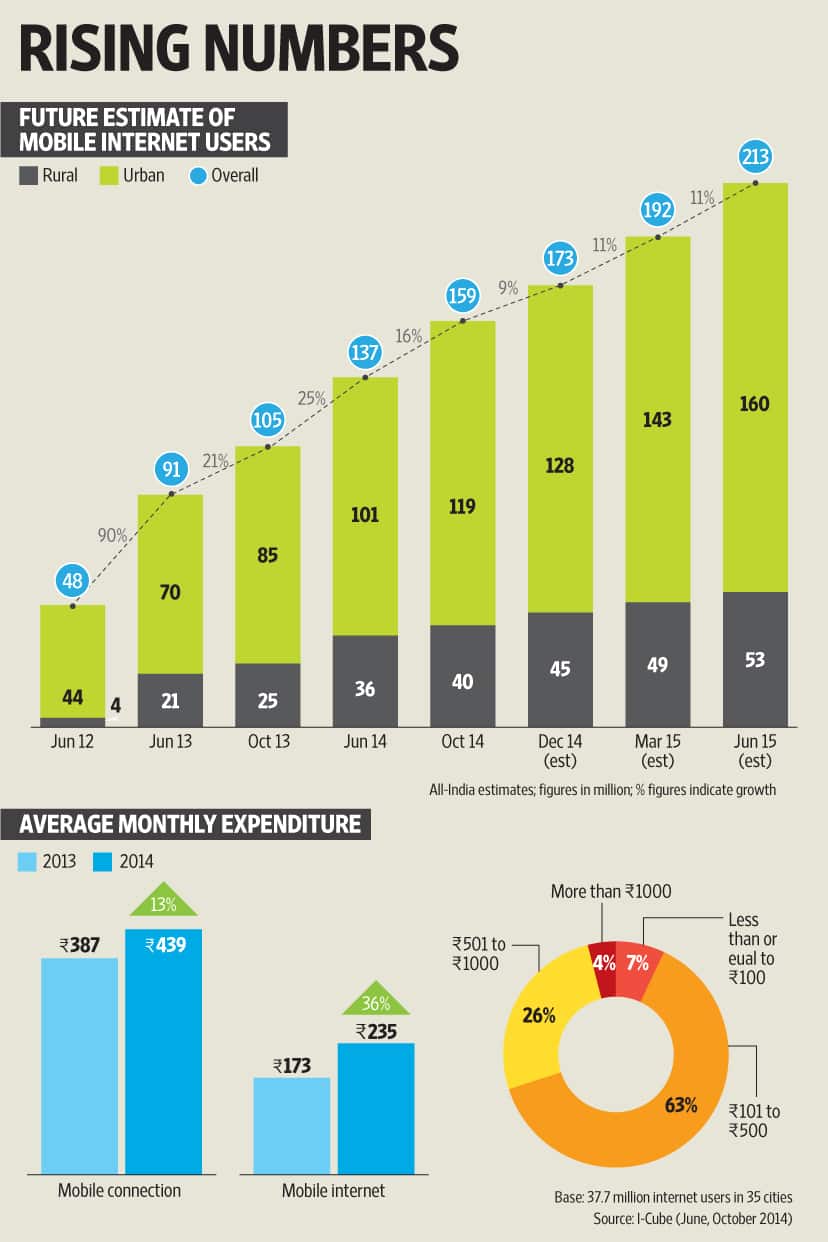 The Iamai-IMRB survey was conducted across 35 cities with more than one million population, including the eight large metros and smaller cities such as Coimbatore, Jaipur, Lucknow, Ludhiana and Visakhapatnam.