Washington: The IMF on Tuesday beefed up its lending instruments and launched a six-month liquidity line, throwing help to countries with solid policies that may be at risk from the euro zone debt crisis. 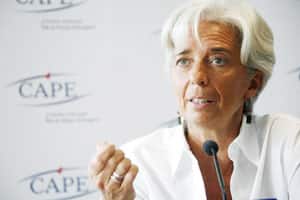 The announcement comes as concern grows over a crisis that has moved from debt-stricken Greece to larger economies such as Italy and Spain where bond yields have risen sharply, raising questions about the euro’s very survival.

The IMF said it was establishing a precautionary liquidity line as “insurance against future shocks and as a short-term liquidity window to address the needs of crisis bystanders."

The IMF said the new liquidity line would be available for six months to countries with relatively good policies that are facing short-term balance of payments needs due to events not of their own making.

Access under the six-month arrangement could be as much as 500% of a IMF member nation’s quota, and the funds would come with few conditions. IMF quotas are calculated roughly according to the size of a country’s economy, trade and reserves, and they determine the amount each nation can borrow from the global lender.

The new instrument, called the Precautionary and Liquidity Line, could also be used for longer programs under 12 to 24-month arrangements, with access up to 1,000% of a member’s quota, the IMF said. This arrangement would come with more IMF conditions attached and would be subject to regular reviews by the IMF board, it said.

The IMF did not elaborate on which countries could qualify for the arrangements.

The fund also adopted a new rapid financing instrument for nations facing urgent balance-of-payment needs caused by so-called exogenous shocks, such as countries in the Middle East and North Africa hit by political upheaval. It will also be available to countries hit by natural disasters.

Funding under the instrument would be available immediately, with access of up to 100% of members’ quotas.

“We have acted quickly, and the new tools will enable us to respond more rapidly and effectively for the benefit of the whole membership," IMF managing director Christine Lagarde said in a statement.