In an analysis of the Punjab election results , here are three socio-economic pockets of the state where the Congress notched up significant gains over 2012

The Congress was a worthy second in 2012, winning 46 seats in the 117-member Punjab assembly. In the 2017 elections, at 12 pm, it was leading in 75 seats and was poised to return to power. Overall, the Congress did a reasonable job in not only regaining its 2012 seats, but managing to add some more. Here are three pockets in the electoral map of Punjab where it notched up significant gains over 2012.

Of the 117 assembly constituencies in Punjab, there are 41 that had a rural population above 83%. The Congress was leading in 30 of these. This is more than twice the number of seats it bagged in 2012 from this set. The big loser was the Shiromani Akali Dal (SAD), whose count in these seats dropped from 25 in 2012 to 6 in 2017. 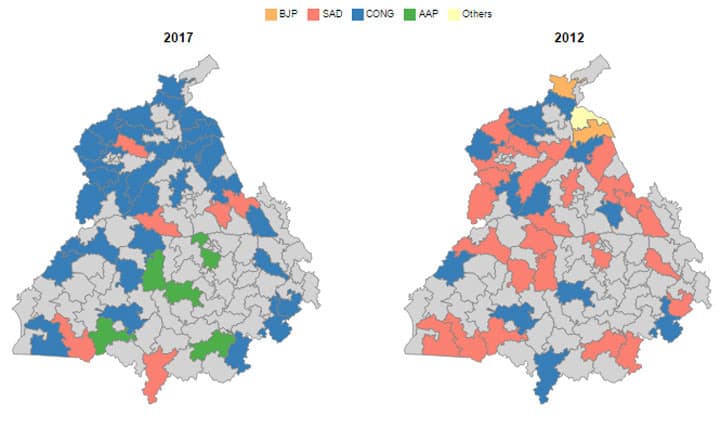 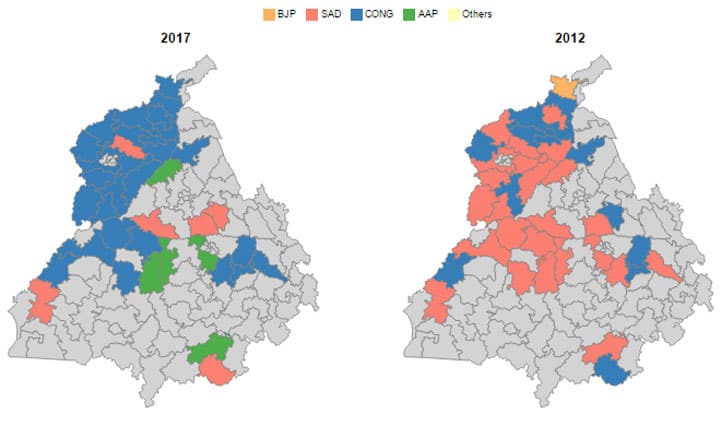 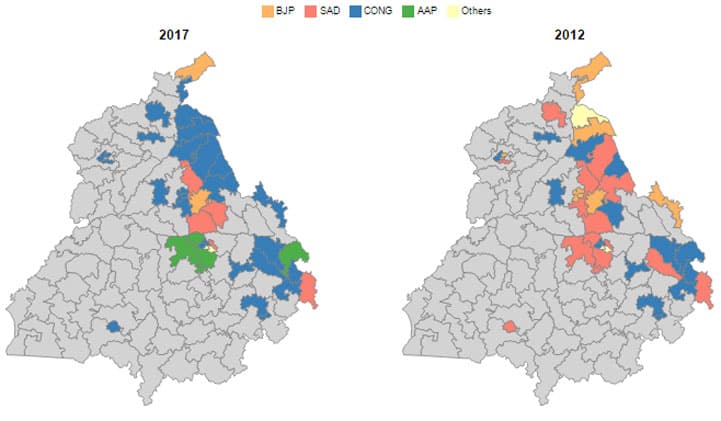