New Delhi: The department of telecommunications (DoT) has sought legal opinion to discuss options available to it after a two-member telecom tribunal gave a split verdict on the legality of telecom companies offering 3G services in areas where the operators did not win the spectrum in a 2010 auction. 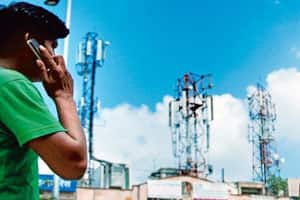 Unclear signals: Telecom operators might have to appeal to the Supreme Court to get a clearer picture of the way forward. Photo: Pradeep Gaur/Mint

“It is noted that the honourable TDSAT judgement is split in the ratio of 1:1. Chairman, TDSAT, has concluded that DoT has not followed the principles of natural justice and, therefore, due opportunity of hearing be provided to the petitioners," said an internal DoT note, which has been reviewed by Mint. “However, member, TDSAT, in his judgement, upheld the DoT’s action and imposed fine on the service providers."

The clarifications sought, include what the legal position is regarding the split verdict and whether the TDSAT’s interim order is still applicable. At the time of hearing the case earlier this year, the TDSAT had passed an interim order allowing the telecom operators to continue as before receiving the notices from the DoT.

A lawyer connected with the case, who requested anonymity, said the split order meant the operators could continue to offer 3G roaming services, but they have to appeal to the Supreme Court to get a clearer picture of the way forward.

DoT has also asked Chandiok if the interim order is still applicable and whether the department can take action against the operators or would the department have to issue fresh notices to them.

DoT is also looking at charging the telcos for spectrum sharing in another way, Mint reported on 27 March.

The department plans to issue show-cause notices on the operators on the grounds that they were givers of the spectrum. “The case in the TDSAT refers to them as takers of the spectrum," a senior DoT official said.

In July 2011, the telcos announced that they had signed such agreements enabling them to offer 3G technology based high-speed data services across the country, even if they did not win the necessary spectrum in the 2010 auction.

DoT subsequently looked into the agreements and declared the arrangements as good as spectrum sharing and therefore, illegal and ordered the telcos to terminate the agreements within 24 hours.