New Delhi: The Centre has cleared a package to the tune of ₹ 45,000 crore for Uttar Pradesh, conceding almost half of the demand made by the Akhilesh Yadav government. The package includes release of fresh installments of funds for Centrally-aided projects which were pending due to various reasons, including failure on part of the state government to provide utilisation certificates. 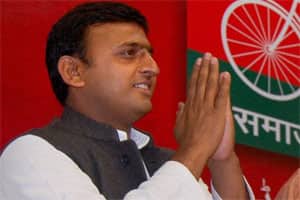 While Uttar Pradesh had demanded release of funds to the tune of ₹ 93,000 crore, the Centre has agreed to release ₹ 45,000 crore, which state government officials termed as “no mean achievement".

Several installments were stuck due to failure on part of the state government to provide the various Central agencies with utilisation certificates for release of fresh amount.

Sources in the state government said that the entire amount will not be transferred in one go and would be provided in installments. Some additional funds demanded by Akhilesh Yadav in his meeting with Prime Minister Manmohan Singh in April could be released in the 12th Five Year Plan, sources said.