Mumbai: A penalty imposed by the country’s capital markets regulator on depositories for carelessness in a scam on initial public offerings (IPOs) has been set aside by an appellate tribunal. 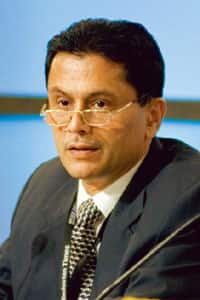 Potential conflict: In February, when former NSDL chief C.B. Bhave took over as chairman of Sebi, the finance ministry had recommended setting up a team of part-time members to monitor proceedings. Harikrishna Katragadda / Mint

“We have considered...the specific charges...and find that...none of the charges can be said to have been established," said the SAT order, signed by presiding officer N.K. Sodhi, and put up on Sebi’s website on Wednesday.

Its charges against the depositories included failure to notice unauthorized outsourcing by depository participants, failure to monitor and evaluate systems and procedures, and failure to prevent the opening of multiple demat accounts, among others.

Sebi had in April 2007 imposed a penalty of Rs5 crore on NSDL and Rs3 crore on CDSL.

Earlier, in November 2006, Sebi had ordered NSDL, CDSL and eight depository participants to disgorge Rs115 crore for carelessness in opening demat accounts. Of this, NSDL’s share was Rs45 crore. Disgorgement means any ill-gotten gains made should be restored to the original parties.

Later, NSDL and CDSL appealed to SAT, which set aside Sebi’s order on disgorgement, describing its action as a clear “violation of the principles of natural justice".

The latest SAT order draws the curtains on the controversial Sebi action against the two depositories.

In February, when former NSDL chief C.B. Bhave took over as Sebi chairman, the finance ministry had asked the regulator’s board to set up a team of part-time members to initiate and monitor the proceedings against NSDL to avoid potential conflict of interest between a Bhave-headed Sebi and NSDL.

In a December 2007 interview with Mint, after SAT had set aside Sebi’s disgorgement order, Bhave had said that while he was relieved with the order, he was “feeling very sad that we had to move SAT. As an institution, NSDL would be reluctant to take any legal recourse against the regulator but,?unfortunately, we were left with no option in this matter".