New Delhi: The political turmoil in Nepal may hurt the ambitious plans of Indian power generation firms such as Satluj Jal Vidyut Nigam Ltd, or SJVNL, Bhilwara Energy Ltd, or BEL, and GMR Infrastructure Ltd, to set up hydroelectric projects with a combined capacity of 1,124MW in that country.

“We are very closely monitoring the situation. However, the existing structure available today do not guarantee the safety of Indian assets or personnel here. One violent incident and the entire situation will erupt," said an Indian government official posted in Nepal. He didn’t want to be named. 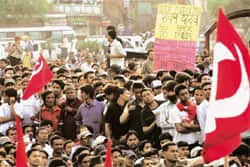 Nepal has emerged as a favourite destination for several Indian hydroelectric power generation firms. While SJVNL is building the 402MW Arun-III project,GMR is developing the 302MW Upper Karnali and the 250MW Upper Myarsangdi projects and BEL is constructing the 120MW Likhu and 50MW Balathi projects.

“These are commercially viable projects. However, the current situation in Nepal will discourage them (project developers) from going forward with these projects. They will have to wait for the situation to normalize," said a senior power ministry official who also didn’t want to be identified.

While H.K. Sharma, chairman and managing director, SJVNL, didn’t respond to phone calls or to a message left in his office, a GMR spokesperson said: “Our projects are in early stages of development such as land acquisition and we are not facing any problem." He didn’t want to talk about the problems that are likely to crop up due to political instability.

“We do not know how will this shape up. However, our experience in the past one year on the ground has been positive...we are apprehensive," said Ravi Jhunjhunwala, chairman, LNJ Bhilwara Group.

Nepal, the youngest republic in the world, is located strategically between India and China, both of which have significant regional and global aspirations. India has traditionally been seen as closer to the monarchy and the Nepali Congress party than to the Maoists.

Nepal has an installed power generation capacity of 617MW, of which around 570MW is generated from hydropower. The country requires an investment of around Rs9.96 trillion to harness its 83,000MW of hydropower potential.

“We ourselves are waiting to see what turn will the events take. We don’t know what is going to happen," said a senior official at the Nepal Electricity Authority, declining to be identified.

India’s industry lobby Federation of Indian Chambers of Commerce and Industry (Ficci) in a survey report said: “A pall of gloom has enveloped Indian investors and the business community doing business in Nepal as the country drifts towards political turmoil and strikes, extortion, threat to life and property becomes the order of the day."

The size of Nepal’s economy is around $12 billion, with gross domestic product growing at 5.6% annually. Nepal’s per capita income is $470 per annum, around half of India’s.