Two Americans, Thomas Sargent and Christopher Sims, both 68, have won the Sveriges Riksbank Prize in Economic Sciences for their “empirical research on cause and effect in the macroeconomy", the prize committee said on Monday.

Here are some facts about the winners : ••• Sargent was born in July 1943 and gained a BA in 1964 from the University of California at Berkeley and a PhD in 1968 from Harvard University.

••• He has specialized in the fields of macroeconomics, monetary economics and time series econometrics. He is known as “one of the leaders of the rational expectations revolution" and the author of numerous path-breaking papers.

••• In a series of articles written during the 1970s, Sargent showed how structural macroeconomic models could be constructed, solved and estimated. His approach turned out to be particularly useful in the analysis of economic policy, but is also used in other areas of macroeconometric and economic research.

••• Sargent has shown how structural macroeconometrics can be used to analyse permanent changes in economic policy. This method can be applied to study macroeconomic relationships when households and firms adjust their expectations concurrently with economic developments

••• He is presently Berkley Professor of Economics and Business, New York University. 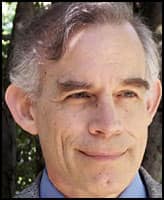 ••• Sims was born in October 1942 and earned his PhD in Economics in 1968 at Harvard University. He has held teaching positions at Harvard, University of Minnesota, Yale University and, since 1999, Princeton.

••• In his article “Macroeconomics and Reality" (1980), Sims introduced a new way of analysing macroeconomic data. He also concurred with Sargent in emphasizing the importance of expectations.

••• Sims proposed a new method of identifying and interpreting economic shocks in historical data and of analysing how such shocks are gradually transmitted to different macroeconomic variables.

••• Sims has developed a method based on so-called vector autoregression to analyse how the economy is affected by temporary changes in economic policy and other factors.

••• Sims is currently the Harold Helms Professor of Economics and Banking at Princeton University.